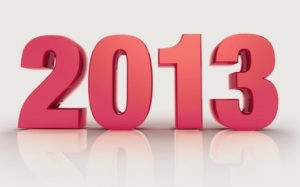 We’ve put together another fantasy Eleven team as our own modest BTLM end-of-year tribute to some of the wonderful footballers who sadly passed away during 2013. This fictional selection is our choice of the eleven players we think would have made the strongest team had they played together in their prime. As is always the case with our Elevens, this team is chosen with an eye towards keeping a good balance of positions and roles, rather than just shoe-horning in a lot of high-profile attackers.

We’ve eschewed the WM formation many of these players might expect to line up in given their era, but we have no doubt all would seamlessly adapt to a vogeuishly modern 4-2-3-1 set-up anyway.

1. Gilmar (born 1930) The game has lost a number of fine keepers this year and the number one jersey could have easily been given to Bert Trautmann, Ladislao Mazurkiewicz or Antoni Ramallets. The Brazilian Gilmar edges it though: a World Cup winner in 1958 and 1962 and a multiple title winner with Santos; he is undoubtedly Brazil’s greatest-ever goal custodian.

2. Djalma Santos (born 1929) It’s been a bad year for Brazilian football with a number of their greats passing. Djalma Santos played in four successive World Cup tournaments for his country and won two of them. A pioneer of the role of the attacking full back and wing back.

3. Nilton Santos (born 1925) The full back partner of Djalma Santos played in three World Cup tournaments and won two of them. Nilton Santos was defensive elegance personified and was famous also as a wonderful dribbler when he surged upfield with the ball. Spent his entire club career with Botafogo.

5. Brian Greenhoff (born 1953) Aged just 60 when he passed away in May, Brian was the youngest member of this team at the time of his death. He starred for Manchester United and Leeds United during his career and represented his country 18 times. After starting out in midfield, Brian later dropped deeper to become a central defender of fine repute.

6. Bill Foulkes (born 1932) A long serving Manchester United legend who made almost 700 appearances over 19 seasons for the club; Foulkes was a talented and uncompromising central defender whose career took in both the Busby Babes and the European Cup winning eras.

7. Pedro Rocha (born 1942) One of Uruguay’s greatest and most successful players, Rocha was a roaming forward who scored prolifically during his club career with Penarol and Sao Paulo. He’s considered a national legend for representing his country in every World Cup between 1962 and 1974 – a record.

8. Gerrie Mühren (born 1946) An unsung if important member of Ajax’s midfield in the 1970s when they won three successive European Cups. Mühren would later play in Spain for Real Betis before finishing his career back home with his first club, Volendam. Capped ten times for his country.

9. Lawrie Reilly (born 1928) A member of the famous Hibernian Famous Five forward line of the 1950s, Reilly was the most deadly and prolific finisher of the quintet. A one-club man whose career was restricted because of the War, Reilly’s unerring finishing also made him an automatic choice for late 1950s Scotland teams.

10. Ottmar Walter (born 1924) The younger and less celebrated brother of Fritz, Ottmar Walter was an outstanding forward in his own right for Kaiserslautern and West Germany. We’ve picked him at inside forward where he played for his country with distinction at the 1954 World Cup.

11. Jean Vincent (born 1930) The Frenchman was a classic winger in the old hugging-the-touchline style and a title-winning star of Lille and Reims in the 50s and 60s. Vincent was an inspirational figure for France too, never more so than during the 1958 World Cup when he played a major part in their drive to a third place finish.