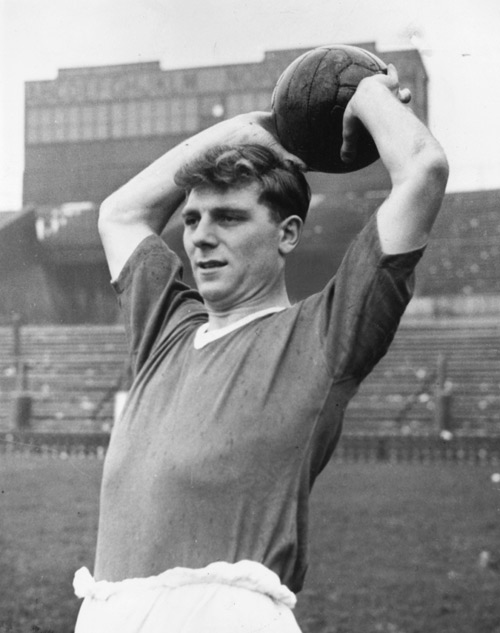 It happened by chance; some may say it was fate or destiny as Rose Cook traipsed home from a busy working day. Passing the Tansfield Road and Clee Road junction, she decided to take a stroll through Dudley Cemetery. As Rose meandered through the graveyard, she noticed the bunch of red & white carnations filling the black granite vase in front of the six foot headstone. The grave was also littered with football colours. In the Dudley evening air, her eyes were fixated on the words inscribed on the headstone which read: ‘A Day of Memory Sad to Recall Without Farewell He Left Us All’.

‘You can keep all your Best’s, Peles and Maradona’s, Duncan Edwards was the greatest of them all’  Tommy Docherty

Duncan Edwards was just 21 when he left this earth in tragedy; England’s greatest: a boy wonder from the Black Country’s backstreets who made even the great Bobby Charlton feel inferior. At the age of 18 years and 183 days he had represented the three lions of England, helping to demolish their great rivals Scotland 7-2. The scribes wrote about the arrival of the complete footballer, a boy capable of excellence in all positions. 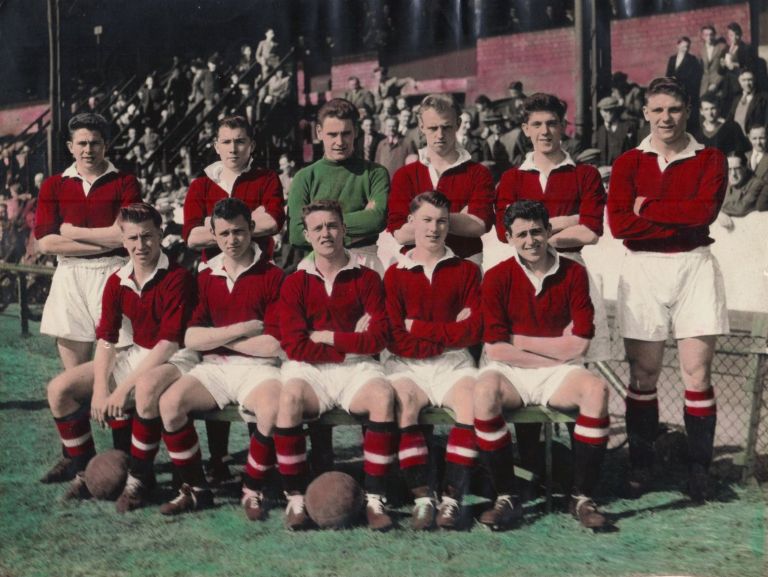 Three years earlier in 1952, Duncan had bid farewell to his parents Gladstone and Sarah Anne for the metropolitan borough of Trafford, Manchester. Matt Busby had swooped to sign him ahead of his local clubs Wolverhampton or Aston Villa and the youngster quickly settled into life at 19 Gorse Avenue and daily training at the Old Trafford stadium, which loomed over the city like a beast.

Six years and 151 appearances later, the boy from Dudley was gone… fifteen days after flight 609 had crashed off the Munich runway, Duncan took his last breath in the Rechts der Isar hospital. In the year of our lord 1998, Rose stood up and thought to herself: why no statue? why no museum?

As a thirteen-year-old girl Rose had worked for her local radio station at weekends and on school holidays, with the sports editor Pat Foley taking her under his wing. Pat took the aspirational young reporter to Molineaux for the football, Dudley Wood Stadium for the speedway, and the boxing in which Brummie John ‘Playboy’ Prescott reigned supreme.

When Duncan Edwards died, her mother stood shoulder to shoulder with the thousands who turned out in Dudley on the 26th February 1958 as the player’s cortege made its way to St. Francis’s church. Now standing herself in front of the grave forty years later, Rose felt it was time to tell the story.

Within twelve months as Roy Keane was resurrecting the modern-day Reds in Turin, Sarah Anne Edwards took her seat in the Mayor’s parlour at Dudley Council offices for the premiere of ‘…and then came Munich,’ her son’s story on celluloid.

The realisation of the fifty-five-minute documentary had not been plain sailing for Rose: no funding came from the local council and while Manchester United sent a letter of acknowledgement of the project, no monies were forthcoming from the bulging Old Trafford bank balance. Rose persevered and turned instead to the Manchester United family, and the ordinary fan duly answered the call raising £60,000 towards the project.

In the old Pebble Mill studios in Birmingham, Rose had convinced Nick Owen, of Good Morning Britain fame, to narrate. Owen took one look at the script and was sold on the idea. The documentary was received with considerable acclaim leading to Rose winning awards for her efforts. It has since become one of the best selling sports DVDs sold on Amazon, and for two decades it has been shown in schools, halls and the cruise ships on which Rose worked.

That same year of 1999, as Manchester United celebrated a unique footballing treble of League, Cup and Champions League, Duncan’s friend Bobby Charlton came to Dudley and stood side by side with Sarah Anne at the unveiling of the Duncan Edwards statue; Rose looked on with pride. The film’s success brought sizeable receipts of £750,000 with all the monies distributed to various charities across the world.

After attending the 60th anniversary of the Munich disaster in Germany, which Rose states was a humbling personal experience, the Duncan Edwards Foundation was set up. The first donation came from the Manchester United Supporters Trust and the foundation funds local children in Dudley with sporting talent to try to help them fulfill their dreams.

Duncan Edwards would be proud. As a youngster his family couldn’t afford holidays and when he arrived at Old Trafford, chief coach Jimmy Murphy took him under his wing. During the close season the Murphy family would take Duncan and his colleague Wilf McGuinness to the Emerald Isle, with the seaside town of Bray in County Wicklow a favourite destination.

Duncan and Wilf would take the ‘Eagles Nest’ to Bray’s head or pay the sixpence for a spin on the horse-drawn cart. The viewing point on the top of the head had been built for Queen Victoria’s golden jubilee in 1887. When they had enough of the numerous amusement arcades and indoor funfairs, they would all sit on the rocks being sprayed by the Irish Sea.

The late Nobby Stiles described Jimmy Murphy as the ‘nuts and bolts of Manchester United’, the man who kept the club alive after the Munich tragedy. Today the red half of Manchester campaign for a stand to be named after the Welsh coach and it seems a simple request for a person who gave everything to the football club. In 2003 Sarah Anne Edwards sadly passed away with her dying wish for Duncan’s name not to die with her. Rose promised this would not happen.

Today if you walk down Castle Street in Dudley you’ll arrive at the ‘Duncan Edwards Museum’, Rose was true to her word. On entering visitors are met with the ‘Stairway To Heaven,’ each step featuring the name of one the victims of the Munich disaster. On the top step reads the name of captain Roger Byrne.

Inside the museum takes you through Duncan’s early life from 23 Malvern Street to 31 Elm Road; the walls are filled with original photos of his favourite footballers from the 1940s and hanging from the bed is a gas mask, reminding people this lad grew up when the world was still at war.

There is a dedicated area to the Munich tragedy and a memorabilia-filled cabinet dedicated to each of the Busby Babes. The museum also covers Duncan’s time performing National Service with many testimonies, including from Walter Winterbottom, who described Duncan ‘as the spirit of British football’.

Also featured is the Coronation Street creator Tony Warren who was Duncan’s friend, together the pair jived in the dance halls of 1950s Manchester. In 1960 when Granada television first aired the programme, a photo of Eddie Colman’s house at no. 9 Archie Street was the first vision the viewers saw among the opening credits. The character Eddie Duncan was named after the Busby Babes and in the show he played for the fictional team Weatherfield County.

The museum was aptly opened on the 14th of August of this year by Jimmy Murphy’s family; his son Nick, who holidayed with Duncan, did the honours along with grandson Paul. In the modern era of football where young children stand outside training grounds surrounded by security gates for a glimpse of their heroes, the ‘Duncan Edwards Museum’ takes you back in time to when footballers were part of the community, traveled with fans on the bus to games, and signed autographs at the drop of a hat.

John Giles, who himself today lives in the West Midlands, tells a story about arriving at Old Trafford as a youngster from Ireland in 1955 and taking the bus with Joe Armstrong.

‘As the bus stopped outside Old Trafford we got off and sitting on top of the post box waiting for his bus home eating an apple was Duncan Edwards. He was eighteen years of age, already an England international, and widely regarded as the best young footballer of his generation. He said ‘hello’ and then continued eating his apple. That was Duncan’; he smiles.

On his birthdate of October 1st, each year Dudley celebrates ‘Duncan Edwards Day’ and the foundation organises events to honour one of their own. It has been a fantastic journey for Rose; a lot has happened since she stood in the cemetery in her own words ‘Duncan was a working-class lad from the Black Country who had a dream, and we need to continue to tell his story to the next generation’.