An autocratic manager of South American descent; a success in Spain, but enjoying his peak years at the sharp end of catenaccio-driven Serie A during the 1960s. Articles about the well-documented life and times of Signor Herrera are not exactly thin on the ground, but in this particular piece Helenio features only in an unfamiliar supporting role.

This is actually the story of one of his main managerial contemporaries, the unrelated Paraguayan Heriberto Herrera – or H.H.2 as he was christened by the Italian press. He’s a manager who is barely remembered today, and this despite a decent career that reads like a diluted and histrionic-free version of Helenio’s. Simple confusion probably plays its part in the reason his legacy is forgotten; after all, when you share a very similar name and identical initials with the most famous manager in the world, it’s perhaps little surprise your identity can be compromised. Heriberto may not have amassed the prodigious trophy haul, nor inspired the fawning media adulation that Helenio did, but he did joust gamely with ‘il mago’ and bloody his nose on a number of occasions.

The commonality between the men did not start and end with their names, initials and South American heritage. Both would spend most of their playing days and the entirety of their management careers in Europe, both espoused pragmatism and defensive solidity as their core football philosophies, both believed ardently in the value of the team collective and both had highly divisive and authoritarian personalities. The pair were in a financial league of their own as well: at one stage they were the two highest paid managers in the world and both oversaw the spending of world record transfer fees on Italian international forwards. They even looked alike: tall, dark and brooding, Heriberto resembling a younger version of Helenio as the 14-year age difference would suggest. With so much in common it’s little surprise that their managerial careers would become so closely entwined.

While in charge of Atlético Madrid, Helenio Herrera the manager had Heriberto Herrera the player recommended to him. The Paraguayan’s transfer to Spain was completed in 1952 and he would be a great success at centre-half until injury forced his early retiral at the age of 30. His ambitions to pursue a management career advanced quickly and within months he was coaching at Rayo Vallecano. Tenerife offered him his first full managerial post, a spell followed with Valladolid, promotion to the top flight with Español and an impressive fifth-placed La Liga finish with little Elche in 1964.

European football was by then firmly in the iron grip of Helenio’s impregnable Internazionale side and a struggling Juventus sought a new coach with fresh ideas to challenge him. Impressed by his work at Elche, 38-year-old Heriberto became their youthful and uncharacteristically bold solution. The scene was set for a Serie A showdown: H.H. v H.H.2. 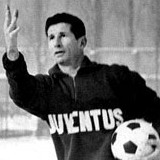 Heriberto was not expected to bridge the gulf to Inter overnight and this allowed him time and space to plan significant changes to how Juventus played. He wanted to follow the dominant Helenio orthodoxy which meant adapting his side into a more disciplined and defensively minded team than the loose outfit he had inherited. His was a stark tactical vision which advocated maintaining team shape at all times, preferring players to occupy fixed positions and perform fixed roles with limited scope for self-expression. Defenders with attacking tendencies were frowned upon; it made no sense to him, it just seemed a contradiction in purpose. 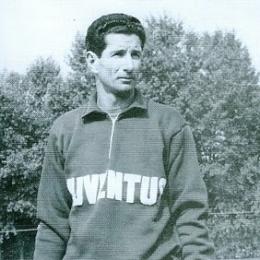 His bête noire was the maverick; the skilful but erratic individual who would produce a memorable moment every few games but little else in between. No-one fitted this profile better than the volatile Argentinian, Omar Sívori, and it didn’t take long for the pair to fall out. Sívori broke ribs and Heriberto took ruthless advantage of his absence to declare to the press: “He’s finished, he is no more use to us.” When fit, a furious Sívori was not restored to the first team squad and was sold on to Napoli. Heriberto started to find his feet at the club after weathering initial criticism of his stringent approach. Juventus finished well adrift of Inter in his first Serie A campaign, but he did record a notable coup with the defeat of the champions in the 1965 Coppa Italia Final. With Inter having won League and European Cup, Heriberto had denied Helenio what would have been a historic treble.

partnership had brought, Heriberto’s rigid obsession with defensive parsimony was quite a culture shock. It was signposted clearly enough in the opening weeks of the 1965-66 season – their first four games yielded just a single goal, though at least it was Juventus that scored it. No-one is more famous than Helenio Herrera for the ruthless pursuit of clean sheets, yet in the four seasons the pair competed head-to-head at Juventus and Inter, Heriberto’s teams had the better defensive record in every one of them. Unsurprisingly, scoring goals proved more difficult meaning Juventus remained adrift of Helenio’s Inter in 1966. The gap was narrowing though.

The 1966-67 season was make or break for Heriberto’s Juventus career and there was plenty of encouragement for him as the championship settled into a two-horse race between Inter and Juve. Inter remained the best side in the country, but Juventus were dogged and consistent to remain in contention. Inter stumbled towards the end of the season and the teams went into the final round of matches with Juventus just a point adrift. At half time on that fraught last day, both Inter’s match at Mantova and Juventus’s home game against Lazio remained goalless. Juventus scored twice in the second half and then enjoyed a stroke of great fortune when Inter keeper Sarti fumbled a harmless shot from Mantova’s Di Giacomo into his own net. Inter could not recover from that goal and Juventus leapfrogged them to lead the table for the first time all season. It was the most dramatic and unexpected title in their history.

Cup Final and suddenly his managerial stock was being questioned. Eclipsed for the moment by his Paraguayan rival, some in the Italian press even mischievously suggested that H.H.2 had now earned the right to ownership of the H.H. title. With Inter seemingly now a fading force, Heriberto’s Juventus were expected to step up and dominate Serie A. Goals continued to confound them though. Their title was surrendered to Milan the following season and there was no redemption in Europe either with Heriberto’s solitary European Cup campaign ending  in semi-final defeat to Benfica.

A major shake-up followed. The club spent extravagantly to address their goal scoring problems and in came the experienced West German Helmut Haller and the young Mantova prodigy Pietro Anastasi for combined fees totalling nearly £700,000, an eye-watering amount even in the financially overheated environment of Italian football at the time.

The newcomers settled well and Juventus were enjoying a strong 1968-69 campaign until their season crashed, suddenly and chaotically, off the rails. The damage was done in a home fixture against a Roma side now managed by, who else, Helenio Herrera. He had controversially decamped south after leaving Inter and was struggling to turn his new charges into a competitive side. They were tame in Turin for most of that Sunday afternoon too as Juventus gently cruised towards a simple 2-0 win, yet there would be a sting in the tail: Roma scored late in the game and then equalised at the death from a contentious and highly disputed penalty award.

The whistle blew seconds later and a full-scale riot broke out with dozens hurt in the confusion. A Juventus supporter was arrested for waving a loaded gun at Roma’s players and Helenio Herrera, never popular in Turin, was punched in the face on the team bus by a home fan. Juventus received a heavy fine and the match was initially awarded to Roma, a decision later overturned on appeal. Heriberto’s team got their point back, but never their momentum and Fiorentina overhauled them to become champions.

Arguments over transfers saw Heriberto’s five-year reign at Juventus end in the summer of 1969, but he didn’t have to wait long for a new position. Within a matter of weeks he was appointed as Inter’s new head coach on a lucrative contract that made him the second highest paid manager in the world. Second to Helenio and his eye-watering  Roma contract of course.

Inter’s talented squad had drifted apathetically since its halcyon era and someone was needed to whip them into shape again. Inter’s new President Ivanoe Fraizzoli was struggling to find his feet and wanted a disciplinarian in charge to try to emulate the model of the Moratti-Helenio days. Heriberto seemed a sensible choice. His training methods were rigorous with players drilled to attain very high levels of fitness. He led by example and lived up to his ‘iron sergeant’ nickname, starting his own pre-season training routine several weeks before his players and participating fully in his own sessions. Obsessed with health and diet, players were banned from eating a wide range of foodstuffs and anyone caught smoking would be fined on the spot.

Innovative and creative when it came to the mechanics of the game, Heriberto would create high momentum passing routines in small areas as part of what he called his ‘parallel matrix technique’. Rather than risk shouted messages being misheard in noisy stadiums, he developed a gesture system to convey a range of general instructions to his players. The parallels between his and Helenio’s clear and focused approach to management were uncanny, as was the nature of the relationships they had with similar Inter players – both loved Luis Suarez for his consummate professionalism and both were driven to distraction by the languid and inconsistent Mario Corso. 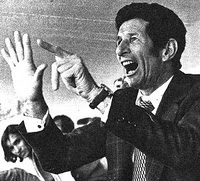 Heriberto’s one full season in charge of Inter was underwhelming. Whilst finishing runners-up to Cagliari was an improvement on the previous year, the club were never really in serious title contention despite the world record acquisition of forward Roberto Boninsegna. A chaotic close season ensued: Fraizzoli ignored his manager’s wishes by selling Suarez and keeping Corso, meanwhile morale was further undermined by a player strike caused by the President’s unilateral reduction of agreed bonuses. The 1970-71 season kick-off brought little respite. Still never a manager to freely liberate attacking talent, Heriberto controversially deployed new forward Sergio Pellizzaro as a deep-lying right-winger to little discernible effect. A 3-0 derby defeat to Milan left Inter second bottom of Serie A after five games and Heriberto was sacked, harshly perhaps in hindsight as those very same players recovered sufficiently under youth coach Giovanni Invernizzi to win the title.

Heriberto teamed up again with Luis Suarez at Sampdoria and then had a spell with Atalanta. Back in Spain after 11 years away, he 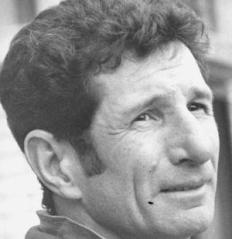 would take charge at Las Palmas, Valencia and Español. His style remained obdurate and he proved more adept at steadying listing clubs than advancing ambitious ones. The strong-minded Dutchman Johnny Rep did not appreciate Heriberto’s autocratic manner and their fall-out cost Herrera his Valencia position – this despite the club occupying third place in the table at the time.

The entwined lives of Heriberto and Helenio gently wound down in tandem as both retired in 1982. Helenio would spend his last years in Venice, Heriberto returned to live out a quiet retirement in Asunción. The Paraguayan passed away in 1996 and Helenio followed the following year. He outlived Heriberto by a matter of months and while his legacy lives on as strongly as ever today, the memory of Heriberto, perhaps his biggest managerial nemesis, grows ever more faint as the years pass.