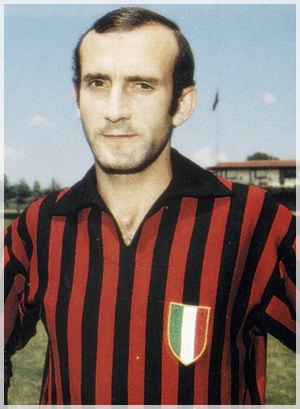 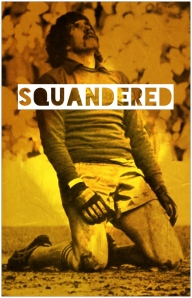 Welcome to the first in a new regular BTLM series in which we take a look back at dramatic seasons from history when League titles were squandered by clubs from seemingly unassailable positions. Our first stop is mid-1960s Serie A when the city of Milan was the epicentre of the world game and its two giant clubs would fight out a campaign of two very distinct halves.

That Milan could manoeuvre themselves into a position in which they could throw away a title in the first place was almost a success in itself. At the start of the 1964-65 season the fortunes of the two Milan clubs could not have appeared more disparate. Inter had surprisingly lost the previous season’s Serie A title in a play-off to Bologna, but unseating Milan as European champions was more than worthy compensation. The continent was in thrall to the genius of Helenio Herrera, the largesse of President Angelo Moratti and the footballing brilliance of stars like Facchetti, Suárez and Mazzola. With another £250,000 transfer splash during the 1964 close season on Domenghini, Malatrasi and Joaquín Peiró, Inter were expected to be an even more daunting proposition.

Milan was a club heading in the opposite direction. Beleaguered President Felice Riva didn’t have anything like the personal fortune of the Moratti family to throw at his squad and cost cutting was the order of the day for the rossoneri. A move to cut contractually agreed bonuses had brought the threat of strike action by the squad and worse still, the club’s relationship with prolific Brazilian centre-forward José Altafini had broken down altogether. He was unable to agree financial terms for the season and as a result spent more than half of it out of the picture completely.

Milan’s 1963 European Cup win had been reliant on a brilliant attacking trio of Rivera, Altafini and his fellow Brazilian Dino Sani. With Altafini out of action, Sani having retired and no new signings of note arriving, the forward line looked threadbare and put a lot of pressure on 21-year-old Gianni Rivera. In charge of this listing ship would be the inexperienced Nils Liedholm, newly promoted from a coaching role and widely expected to be devoured whole by his vastly more experienced Inter counterpart. 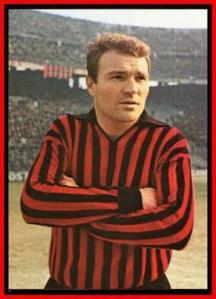 Milan shrugged off their unpromising situation to start the League campaign strongly. First Round eliminations from the Coppa Italia and Fairs Cup undoubtedly helped their cause as it meant their small squad could focus entirely on Serie A. After 8 rounds they were unbeaten, but so too were Inter with the European champions lying just a point adrift as the Milan derby approached.

Giovanni Lodetti was one of Milan’s less stellar names, a defensive midfielder by trade but adaptable enough to play anywhere in the midfield if required. In the derby he played at outside-left and ran the game, scored a goal himself and pressured Luis Suárez into conceding an own-goal. Milan ran out surprisingly comfortable 3-0 winners. 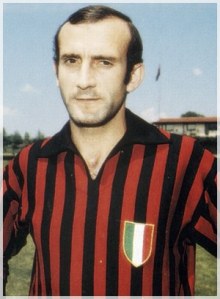 While Milan’s season was totally Serie A focused, Inter had to contend with a substantially greater workload. The nerazzurri would play every round of the Coppa Italia and the European Cup, then there were the three Intercontinental Cup matches against Independiente which involved long-haul air travel to Argentina. Injuries became a big issue for them too: Mario Corso missed the derby, Brazilian winger Jair was unavailable several times over the season with knocks and both keeper Sarti and the newcomer Domenghini were out of action for months too.

Milan maintained a relentless pace at the top and Inter were having to work very hard to stay on their coat-tails. When the rossoneri eased to a 2-0 home win over Mantova at the end of January 1965, Milan’s unbeaten run extended beyond half the season. With Inter losing messily at Foggia on the same day, Milan’s lead at the top now extended to seven points.

Milan’s advantage was considered a definitive one in a League where it was rare for teams to be able to rack up the succession of wins needed to try to haul back such a deficit. With Milan’s President finally agreeing financial terms with Altafini, the availability of another top-class striker seemed set to give Milan’s title chase yet-more impetus. His return proved to be a mixed blessing though. Restored to the first team for the home game against Lanerossi Vicenza a few days later, he was powerless to prevent Milan going down to their first defeat of the season.

Doubt started to creep in and it wasn’t helped by Inter hitting their most consistent form of the season so far. Herrera sensed blood and was demonstrating just why he was the best-paid manager in the world. In February he suddenly dropped the experienced but prosaic Carlo Tagnin in favour of the little known 19-year-old Gianfranco Bedin. The youngster was a revelation and added much aggression and energy into the defensive midfield area. Herrera was switching tactics seamlessly from match to match and opponents were bamboozled. When entertaining Fiorentina Herrera abandoned his favoured 1-4-2-3 formation in favour of a 1-3-2-4 alternative and the visitors crashed to a 6-2 defeat.

Now it was Milan’s turn to struggle. They missed the injured Giovanni Trapattoni in defence and were looking nervously over their shoulder as Inter showed the same relentless form they themselves had displayed in the first half of the season. The lead had shrunk to just 3 points by the time the teams met for the crucial return derby on March 28th. Inter took firm control of the game and Jair put them ahead with a great individual goal. Amarildo equalised, but four Inter goals by Domenghini, Corso and two from Mazzola within just 15 second-half minutes set up Inter for a convincing 5-2 win. It was their eighth victory in a row and part of a second half of the season run that yielded 30 points from 32. The difference was now just a single point. 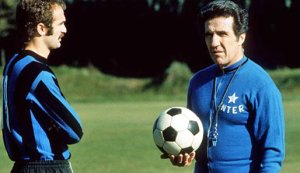 The season finally turned Inter’s way with four matches remaining. The Round 31 fixtures suggested an opportunity for Milan to increase their lead as they entertained out of form, mid-table Roma, while Inter had to travel to third placed Juventus. Milan put in a calamitous performance in a 2-0 defeat, Altafini in particular having a disastrous game. Juventus proved little competition in Turin for an Inter side that leapfrogged Milan and into top spot for the first time all season.

Going in to the final round of League fixtures, Inter had by now retained their European Cup and entertained Torino with a two point margin for error over their city rivals. A draw was enough to secure them the title. Milan travelled to Cagliari knowing they had to win and Inter had to lose to force a play-off. It was to be an exciting afternoon.

The first half: Milan left out Altafini and went behind in Sardinia after 30 minutes. (Inter now led the table by +3 points) Jair scored a fine goal to put Inter ahead on 38 minutes. (Inter +4). Mora equalised for Milan (Inter +3) and Simoni levelled for Torino before the break. (Inter +2). Into the second half and Ferrini shook the San Siro when he lobbed Sarti on 52 minutes to put Torino ahead (Inter +1). If Milan could find another goal they would be all square and course for a play-off, but it was Cagliari who re-took the lead around the hour mark (Inter +2). There was no way back for Milan and Mazzola scored a late penalty anyway to finally secure the title for Inter (+3).

A 51 point haul for Milan would have been comfortably enough for them to win Serie A in most other seasons, but this ten point swing in the last 4 months of the season was a bitter blow for a club now very much used to being the city’s warm-up act rather than the main attraction. Liedholm stayed on but Felice Riva quit as President.

Herrera’s Inter continued its dominance of the Italian game for another two seasons with their glorious era ending after they too threw away a Serie A title they should have won. Watch out for that story in a future Squandered and have a look below at our Internazionale & Milan On Film video channels for Serie A action from the 64-65 season. 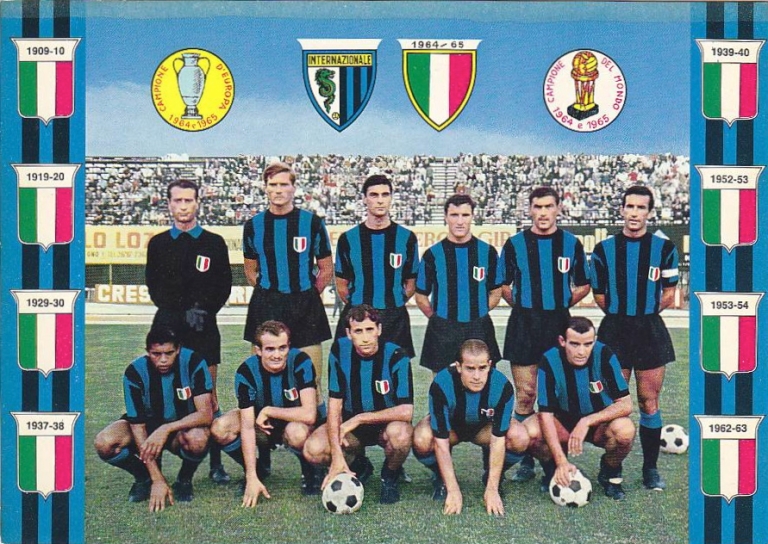