Spanning two generations of players and starting and ending with third-placed finishes at the World Cups of 1974 and 1982, the timeline for the Golden Age of Polish international football is clearly defined. Falling just before that era was the heyday of the Polish club game, loosely between 1963 and 1972, a period dominated domestically by two clubs whose intense competitive rivalry drove up standards and inspired the country’s best moments in European club competition. 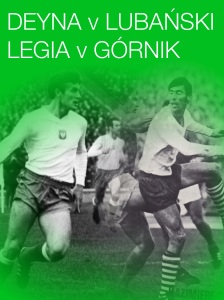 That duopoly was formed from Masovia in the north by the long-established army club of Legia Warsaw and the miners’ team of Górnik Zabrze from the Silesian coalfields in the south. Their hold over Poland’s domestic game was virtually absolute with the pair winning 17 of the 20 Polish League and Cups contested during that ten-year spell between them. Rare talent was liberally scattered throughout both squads spearheaded by two players who emerged to become influential figureheads behind the rise of their respective clubs, and indeed talismanic symbols of an entire generation. Those players were Kazimierz Deyna for Legia and Włodzimierz Lubański at Górnik. 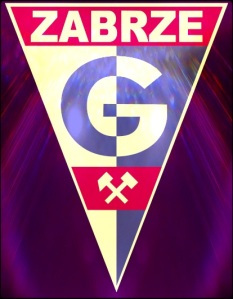 Before the rise of the 1960s generation Ernst Wilimowski and Ernest Pohl stood above all others as the two great names in Polish footballing history. As with a disproportionate percentage of Poland’s best players then as now, both originated from Silesia, the country’s richest region in terms of both natural and sporting resources. Successful clubs like Ruch Chorzów boasted prominence between the wars, but all the traditional Silesian giants would be eclipsed by the dramatic rise of the unknown Górnik to become the country’s first great post-war club.

Formed through a merger of four clubs in 1948 as Klub Sportowy Górnik, by 1957 the miners side had won its first national championship and duly repeated the feat in 1959 and 1961. The inspiration behind these early successes was the great Pohl, an exciting and prolific forward who remains the Polish League’s top scorer to this day. His heroic status in the game made Górnik the team every talented young footballer in the region aspired to play for and it was the break through of two of those star-struck local boys that pushed the miners team to greater heights. 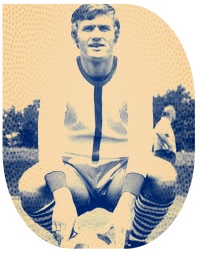 The diminutive and gifted Zygfryd Szołtysik arrived in 1962 from Zryw Chorzów, a lower division club known for its youth development. Szołtysik was a clever and incisive inside-forward with a fine eye for goal and he would form a near-telepathic understanding with Lubański, the player set to become Poland’s first true superstar footballer. Born in a village just a few kilometres outside Zabrze, Wlodek’s special talent was evident from a very young age and he followed Szołtysik into the Górnik first team a year later, aged just 16.

Equally at home as a striker, an inside-forward or a winger; Lubański was a player of rare poise, balance and great natural finishing ability. The newcomers were given free rein to express themselves by Górnik’s Hungarian coach, Dr.Geza Kalocsai, and the pair’s trickery and improvisation was quite unlike anything seen before in the conservative Polish game. If Górnik had been Polish champions in alternate years before the arrival of Lubański, once he became a regular then the title remained the club’s exclusive property for five straight seasons between 1963 and 1967 – a Polish record. 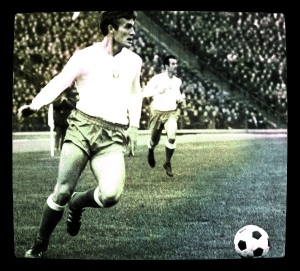 The only stirring of genuine opposition was coming from the capital at Legia, a club with a history dating back to 1915 but trophy success limited to two League and Cup doubles in the mid-1950s. And what was unusual about Legia’s progress now was how it was following an uncannily similar trajectory to that of Górnik with both teams flourishing thanks to the influence of a legendary veteran, a brilliant new attacking prodigy and a highly talented support act. 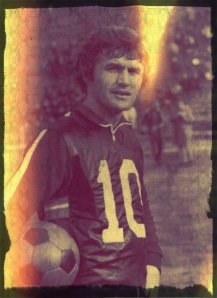 If Pohl had been the wise old head around whom a fine young team developed at Górnik, Lucjan Brychczy performed a similar function for Legia. Although not widely known outside his homeland, Brychczy was an outstanding inside-forward and a legendary figure in the history of the army club. Commissioned to join Legia in 1954 and eventually rising to the rank of army colonel, Brychczy played with distinction for 18 seasons, made more than 500 appearances and went on to coach the club on four separate occasions. 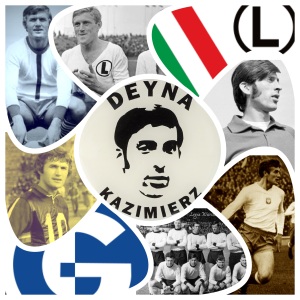 And if the catalyst for Górnik’s rise had been the arrival in tandem of two great new attacking talents, so those same events would be mirrored at Legia: for Szołtysik and Lubański in 1962-63 read Robert Gadocha and Kazimierz Deyna in 1966. Gadocha would bring tricks and intricate dribbling to Legia’s left-wing, but it was the midfield playmaker Deyna who would become the club’s iconic figure and its player closest in stature to Lubański at Górnik. Deyna was grace and elegance personified as he stroked passes around the pitch and ghosted into attacking positions to score important goals. Few midfield contemporaries had his instinct for finding space and using it to such devastating effect.

Legia’s positive football and two winger system was attracting increasing praise, although its fragility did suggest it was better suited for one-off Cup matches than the lengthy slog of a League campaign. The 1964 Cup win was a break through, but it would be their next success in the competition two years later that was much more significant. ‘Unbeatable’ Górnik was defeated in that 1966 Final and overcoming the country’s dominant side meant the capital team could start to believe they could now compete on an equal footing.

This is Part One of a two-part article. You can read the concluding part here.