If you missed the first part of this article, you can read it here.

Although Ruch Chorzów narrowly pipped both clubs to the title in 1968, an ever-improving Legia had at least finished ahead of Górnik in the League for the first time in nearly a decade. The momentum appeared to be shifting towards the army club now and Legia built on that progress by taking the title in both 1969 and 1970. If Legia now had the upper hand in the League, Górnik’s five straight Polish Cup wins between 1968 and 1972 ensured there were few crumbs left for the rest.

No other Polish team could get close to a trophy and no other Polish player could hold a candle to Deyna, the creator extraordinaire, nor Lubański, the goal-a-game forward and League top scorer for four successive seasons. This lively domestic rivalry took on a new front as both clubs started to make an impact on European competition to an extent not seen by Polish teams before, or indeed since. Having not made it beyond the First Round in their single previous campaign, during their 1969-70 European Cup campaign Legia easily eliminated UT Arad, Saint-Etienne and Galatasaray to become the first of only two Polish sides to reach the semi-final of Europe’s elite competition. Deyna’s team fell at that stage to the eventual winners, Feyenoord.

With Rangers and Roma among their victims in earlier rounds, that same season Górnik advanced all the way to the Final of the Cup-Winners Cup. The Vienna Final was a washout, literally, with the Poles struggling to adapt to the waterlogged pitch and their English opponents Manchester City deserving 2-1 winners on the night. Both Polish sides reached the Quarter-Finals of these same competitions the following season: Legia impressively overcame Standard Liege before another strong campaign was ended, narrowly, on the away-goals rule after a couple of bruising encounters with Atlético Madrid. Manchester City proved to be Górnik’s nemesis once again in the Cup-Winners Cup after a play-off. 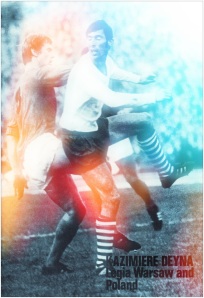 Domestically the pendulum now swung back towards Górnik who reclaimed the League title as part of their double win in 1971. Part of this success could be attributed to better fitness conditioning from foreign training camps during the winter break. This work had for some years ensured the miners team was sharper than their rivals during the second half of the season and these benefits were apparent again the following year as Górnik lost just once (at Legia) in the spring and strolled away with the 1972 title.

Legia and Górnik met in the Polish Cup Final that same year for the third time in the past seven Finals. Twice Legia took the lead against the run of play with brilliant Gadocha goals, twice Górnik fought back to equalise before powering on to a 5-2 win with that man Lubański scoring four of the goals. Poland’s top sides had delivered probably Poland’s best-ever Cup Final and, with the clubs providing between them seven of the starting eleven that won Olympic Gold in Munich during the summer, there seemed little likelihood of their duopoly waning anytime soon. 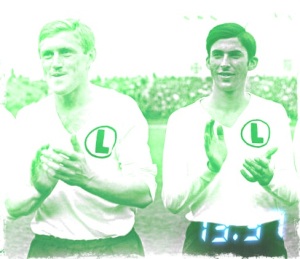 However that memorable Cup Final would prove to be a surprising, if fitting, end to this particular rivalry. The fortunes of Legia and Górnik were strongly linked to the fortunes of their star men and the careers of both Deyna and Lubański were about to go through a rough patch. Fatigue and niggling injuries diminished their influence and in Lubański’s case there was a growing sense of disenchantment from repeatedly being denied a transfer abroad.

The Legia Cup win in 1973 was merely the last hurrah of the lengthy Górnik-Legia duopoly. Within five seasons Górnik had slumped to an almost unfathomable relegation and it would be the mid 1980s before they would claim another Polish championship. Legia’s wait for a next title took a further decade still.

Post 1973 Lubański would play just another dozen games for Górnik over the next couple of seasons before finally being allowed to leave Poland and find a new lease of life in Belgium with Lokeren. Deyna played on at Legia until 1978 before going on to become a cult-hero in England with Manchester City and in the USA with San Diego Sockers. He tragically died in a car crash in 1989 at the age of  just 41. 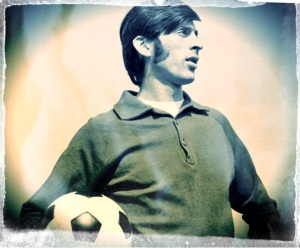 The trophy haul for these two clubs during their golden era was formidable: six titles and six cups for Górnik; two titles and three cups for Legia. Probably more important than the numbers was the competitive rivalry the pair developed which helped raise the quality and profile of the Polish game. For the first time Polish football felt like it belonged at Europe’s top table.

Deyna and Lubański represented something broader and more expansive than simply being the best players in the country’s best teams. Their natural ability stood favourable comparison with the big names from western Europe and South America and their breezy, confident air inspired the Polish game to shed the inferiority complex that had always blighted it. Belief is a powerful weapon and the success the national team subsequently enjoyed owes a large debt to this compelling club rivalry and the two iconic figures who drove it.