This first Soviet Union Vintage post gathers retro player and team images from the 1960s, the decade that Soviet football tentatively emerged from self-imposed isolation to make its mark on the world game.

With goalkeeper Lev Yashin as its iconic leader, the Soviet national team won the inaugural European Nations Cup in 1960 and finished runner’s up four years later. The World Cup of 1966 and the 1968 European Nations Cup saw further strong performances and semi-final appearances, the latter lost to hosts Italy only on the toss of a coin.

Soviet clubs were late to the European competition table and Dynamo Kiev made the first strong statement of intent when eliminating holders Celtic from the 1967-68 European Cup. 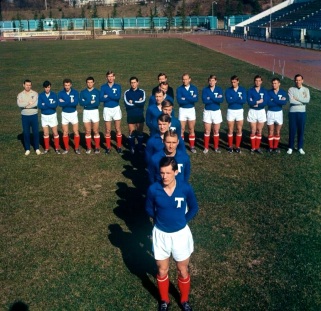