As brilliant a talent as Yashin was, his wider international fame was undoubtedly driven in part by his powerful visual image – whether sporting that iconic, black Soviet Union jersey or the unusually positive public image he presented to the world. This was a good-looking man with a naturally friendly demeanour quite at odds with the image most in the west had of the archetypal dour and cold Soviet Union footballer.

Yashin’s two-decade long career yielded five Soviet Top League titles and three Soviet Cup wins with Dynamo Moscow. He appeared in all four World Cups between 1958 and 1970 and won the inaugural 1960 European Nations Cup title. On becoming the 1963 European Footballer of the Year, Yashin became the first and, to date, only goalkeeper ever to win this prestigious award.

The Black Panther died prematurely in 1990 at the age of just 60. 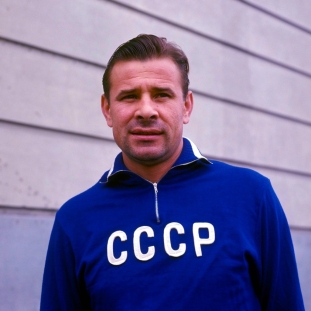