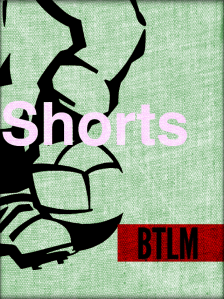 This latest collection of bite-sized tales in our Shorts series is dedicated happenings from the Netherlands during the 1960s and 1970s.

Dutch clubs are renowned for selling big rather than buying big, yet it’s often forgotten that PSV Eindhoven did break the world record transfer fee for a goalkeeper when they signed Jan Van Beveren in 1970. The deal for the Sparta Rotterdam player cost PSV £120,000 in cash, incumbent keeper Pim Doesburg in part-exchange and the installation of floodlights at Sparta’s ground by PSV’s parent company, Phlilips.

The Dutch Federation (KNVB) produced alarming statistics that showed 655 players at all levels of the Dutch game suffered broken legs during the 1963-64 season. The blame for a high percentage of this sizeable number was attributed to a particular dislike by Dutch players for using shinguards. The authorities brought in a rule soon after obliging players to wear them and injuries tumbled as a result.

The Feyenoord international Coen Moulijn had an unfortunate history with car crashes and was especially lucky to escape with his life after an incident in 1971. Driving home from training, his car became stranded on a train line at a level-crossing and was hit by a locomotive. He suffered leg, shoulder and head injuries but was very lucky the accident was not fatal. The winger was back playing a couple of months later.

A stadium announcement at a 1969 NAC Breda v MVV Maastricht Dutch League game asked the owner of a car parked illegally in front of the stadium entrance to move it or the vehicle would be towed away. Shortly afterwards the match referee, Dorpmans, blew for the end of the first-half without adding any injury time despite there having been a lengthy hold-up. Instead of collecting the ball he sprinted off the pitch and down the tunnel. Laughter broke out in the crowd with the realisation that his was the illegally parked car.

The great Ajax teams of the late 1960s and early 1970s could score goals at will against the best teams in Europe, let alone the minnows they came up against in the Dutch League. Ajax opened the 1966-67 season with a 7-0 away win at Elinwijk and then scored four goals twice and five goals once in their next four League games. Here’s a sequence of high-scoring matches they played over December of 1966 and January of 1967:

Ajax won the Dutch title that season scoring 122 goals in their 34 League games – 40 more than second placed Feyenoord. The top three players on the Dutch scorers charts (Cruyff, Swart and Naninga) all played, unsurprisingly, for the Amsterdammers.