With the astute Ron Greenwood at the helm, the 1960s heralded the arrival of West Ham United as a genuine force in the English game. The 1964 FA Cup win over Preston was – surprisingly – the club’s first major honour and was swiftly followed up just a year later with success in the European Cup Winners Cup.

Whilst never capable of the consistency necessary to compete for the title, few teams were as accomplished on their day in cup competitions as West Ham and their lauded World Cup-winning trio of Bobby Moore, Martin Peters and Geoff Hurst – all of whom feature in our latest Vintage gallery. 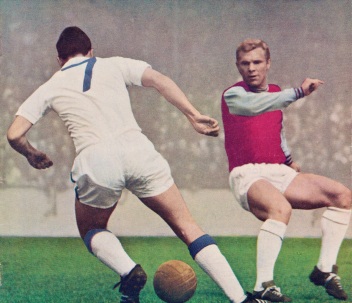