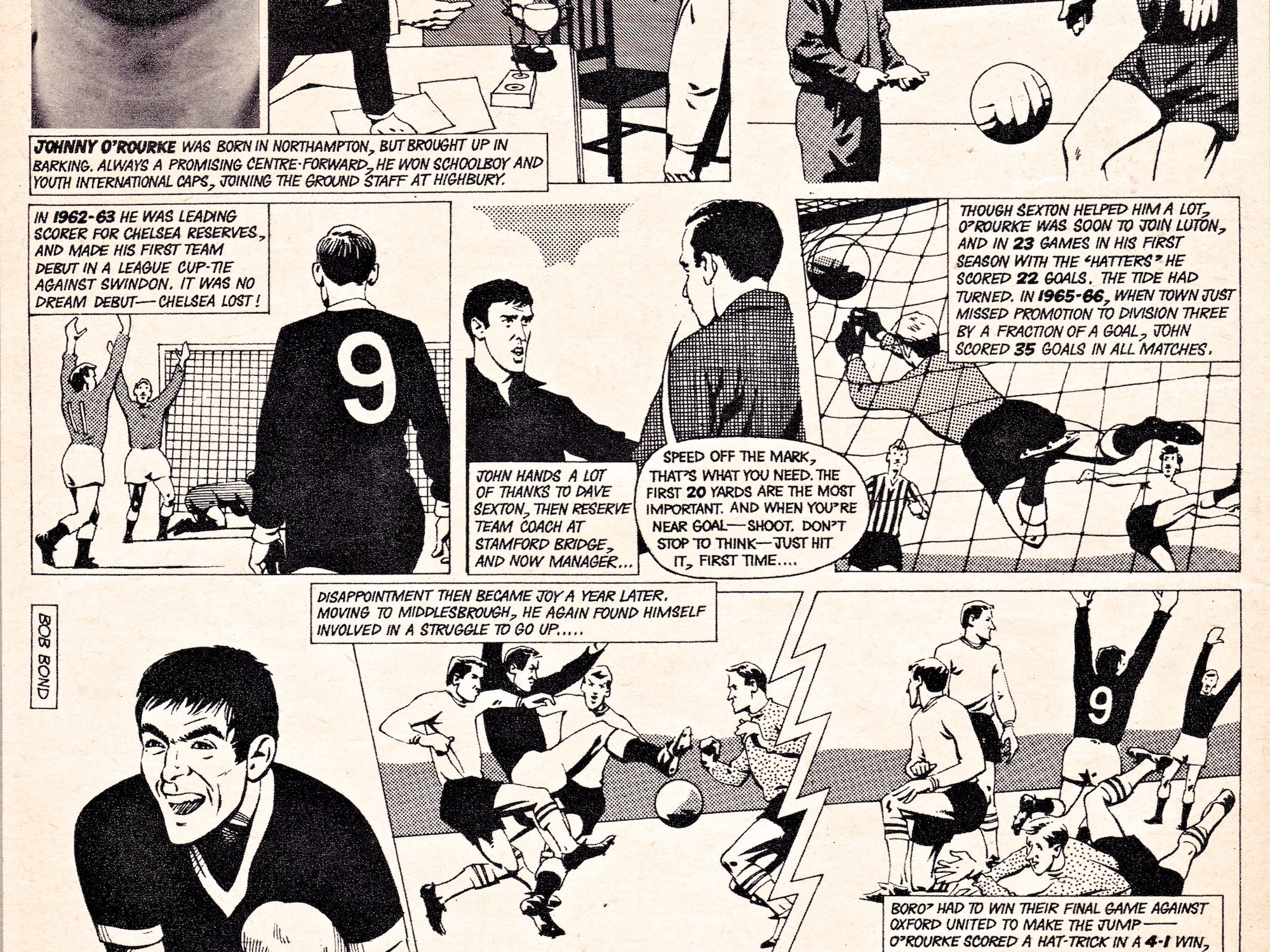 The latest footballer to feature in our Star Strip series is John O’Rourke, a lower profile player than some of the distinguished big names we’ve featured but still a decent striker and regular scorer for a number of second-tier clubs. After failing to make the breakthrough at Chelsea, O’Rourke established himself at

Luton and later scored the goals that helped Middlesbrough to promotion from Division 3 to Division 2. He repeated the feat at Ipswich with his goals taking them into the top flight in 1969 and giving him his first opportunity to play at the highest level.

Shortly after this particular Star Strip was published O’Rourke moved to Coventry and later had fairly successful stints at QPR and Bournemouth. And BTLM is sure that Dave Sexton might have given the young striker more constructive advice than ‘And when you’re near goal – shoot. Don’t stop to think’!