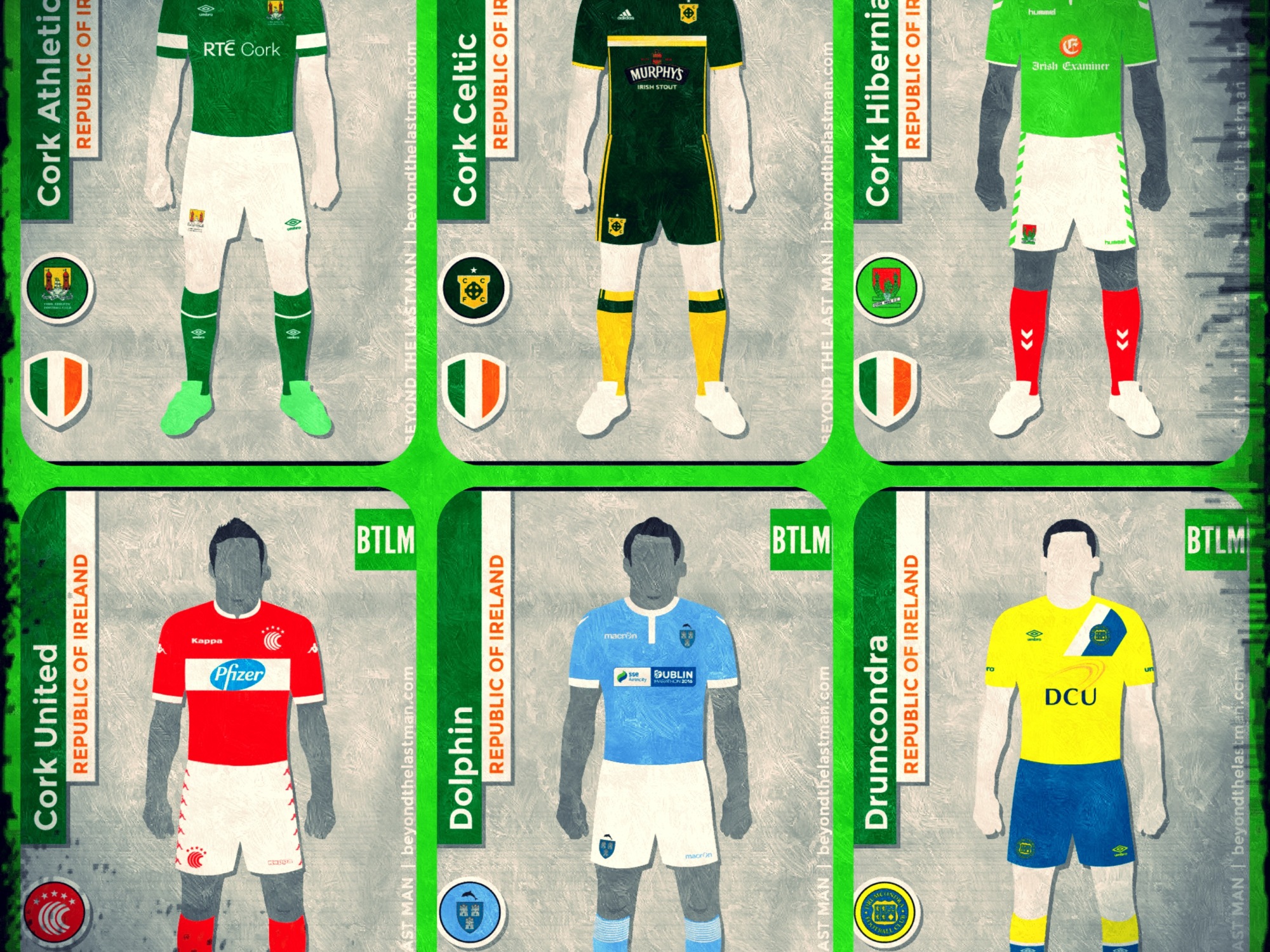 You know the drill by now: we write the stories behind the Lost Champions of one of Europe’s leagues and follow-up a few days later with a flight of fancy in which we imagine those clubs were still active today and imagine how their strip might look.

Giving the six Lost Champions of the Republic of Ireland a 2017 makeover is, as ever, Chris Oakley from the Kitbliss site. Each features a contemporary sponsor that has some relevance to the club’s geography  and history. We are a particular sam of the clever Cork Celtic number. Click any of the designs to enlarge.