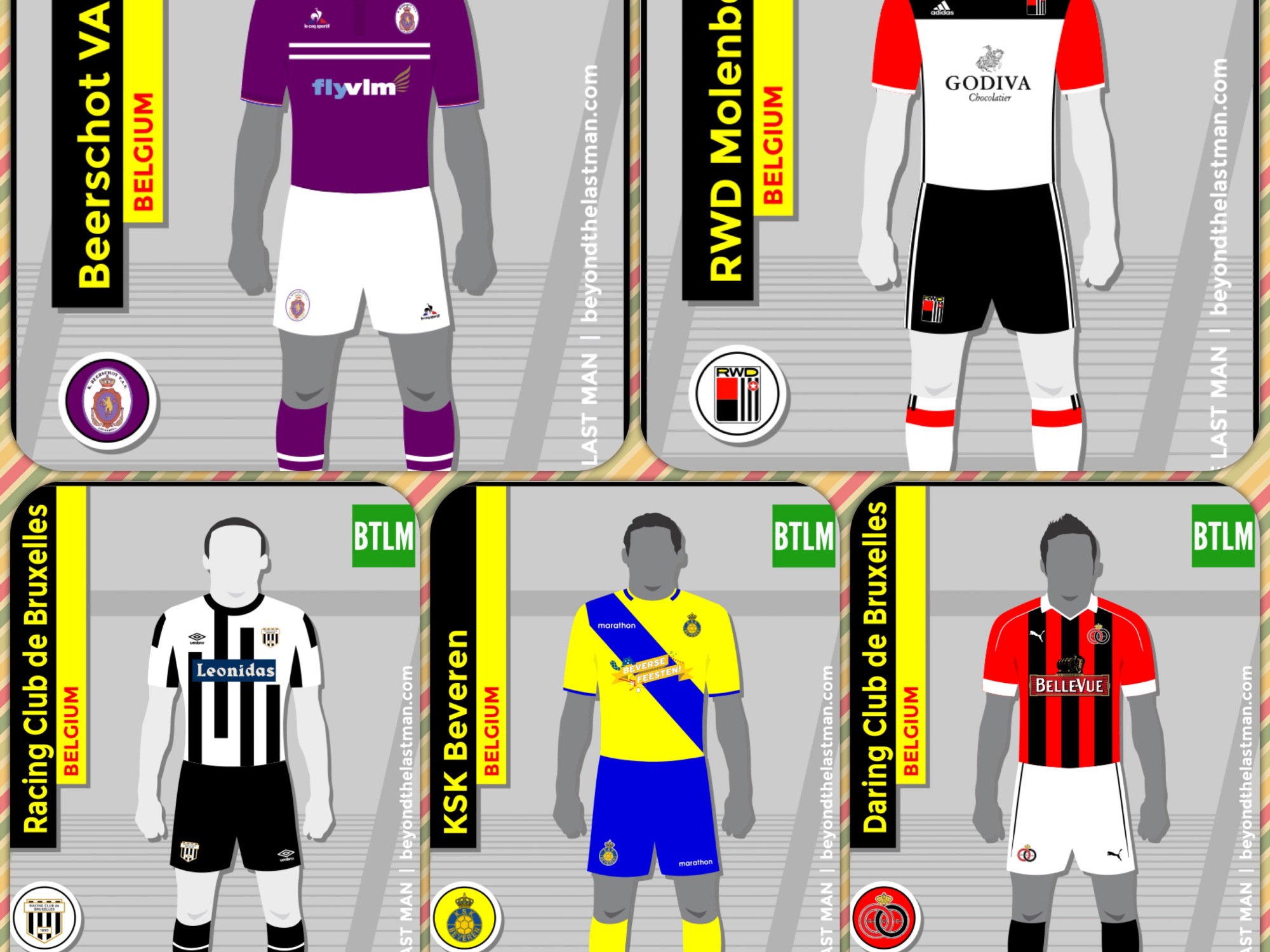 In our previous post we told the tale of the Lost Champions Of Belgium and the country’s five former title-winning clubs who don’t exist today in their original form. This lost quintet boast rich histories and represent some of the more emotive names from the European game past, so we’ve reimagined their strips for 2017 as part of our regular collaboration with Kitbliss guru Chris Oakley. Each of the clubs has had its strip reworked for the modern age with all due nods to historical precedent.

As always, click on any of the images to open the gallery.