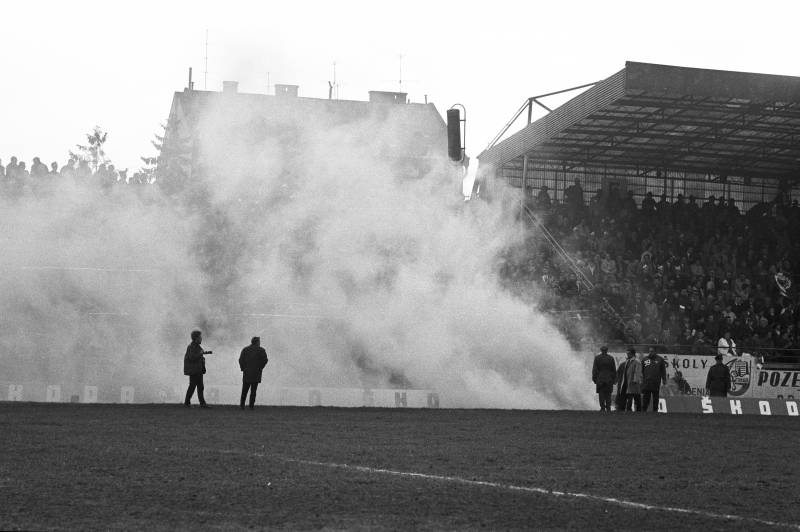 This Vintage post features images taken by an unknown photographer at three late 1960s Ajax matches: a 4-0 Eredivisie home win over main domestic rivals Feyenoord in 1966 and both the home and away European Cup semi-final legs against Slovan Bratislava in 1969. With football photography too often focused on player action and large-scale spectator shots, what we love about this set is how it captures some of the quirkier and offbeat detail of the supporter match-going experience.

Photographs typically offer a one-way flow of visual information from image to viewer which allows limited scope to interpret or imagine beyond what can be seen in frame. These particular photographs offer an extra dimension by capturing the sort of rarely seen detail that, while banal in isolation, is genuinely unique to that particular occasion and helps establish the broader scene beautifully

Each photo is captioned with an explanation of its subject; click on any of the images below to open the gallery. 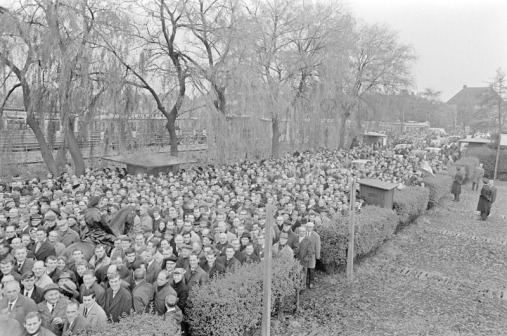 A tightly packed crowd on the way to the game

A man breaks his leg in the huge crowd outside the ground, smiling while he receives treatment

Ajax fans celebrate their resounding victory at the final whistle 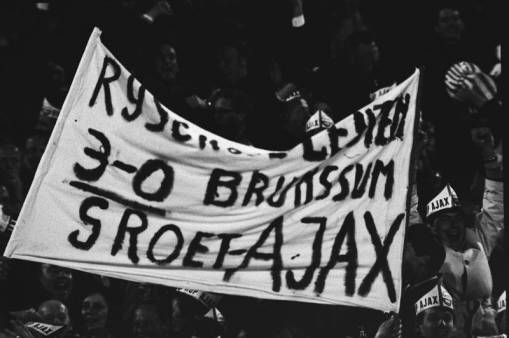 A banner held aloft by the Trnava fans promising their team would make Ajax cry. It very nearly did.