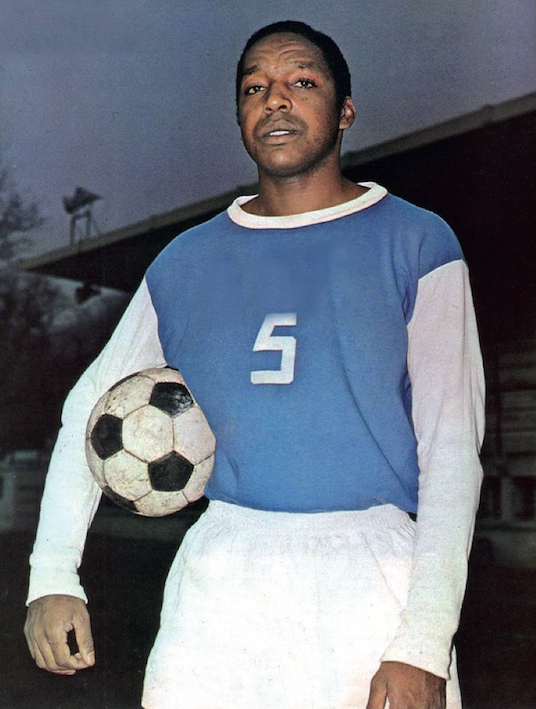 If Neymar was more inclined towards reflecting Brazilian football’s long and fruitful association with Paris St.Germain than personal brand building, he would have chosen 33 as his squad number this season rather than the more predictable 10. With the arrival in the French capital of Neymar and Dani Alves last summer, the pair became the 32nd and 33rd boys from Brazil to have worn the PSG shirt since the club’s formation in 1971.

This symbiotic relationship has its roots in the complex historical nature of the typical Parisian football fan. This was a city that for decades thumbed a collective nose at run-of-the-mill League fixtures, yet would readily turn out in its tens of thousands for big European nights and Cup finals. Beleaguered club owners came to understand that football was little different to show business for the Parisian footballing public, so to gain their fickle attentions you had to serve up big names and big box office. And no nationality of footballer brings the air of glamour and exoticism like a Brazilian.

This long-running love affair between Paris and Brazil wasn’t love at first sight however. The first Brazilian to pitch up in the French capital for PSG’s debut Ligue 1 season in 1971 was the World Cup-winning central defender Joel Camargo, and it was an acquisition that proved little short of disastrous. A player of undoubted pedigree he might have been, but Joel spectacularly failed to adapt to a new country and culture. His football was badly affected and he made just two appearances before returning home a matter of months later.

Eight years elapsed before the club was brave enough to dip its toe into the Brazilian market again. The belated second signing was Vasco da Gama’s Abel Braga, a one-time capped central defender who at least proved more dependable than his predecessor and played regularly over the next two seasons.

After signing just a couple of central defenders during its first two decades of existence, Paris St.Germain began to adopt a more determinedly Brazil-first transfer policy in the early 1990s – and with some success. In 1991 the club acquired a trio of Brazilians from Portuguese giants FC Porto and Benfica: the powerful central defender Geraldão, the elegant sweeper Ricardo Gomes and the skilled wide player Valdo. The difference in emphasis this time was that all three players were already assimilated into European football and PSG did not have to face the cultural issues encountered with Joel. Ricardo and Valdo would prove to be great successes.

Two years later the French club pulled off something of a coup when acquiring midfield playmaker Rai from São Paulo. At the time Serie A dominated the European game and every established Brazilian star wanted to play in Italy. PSG understood it would have to box clever and try to sign up and coming players of potential not yet prominent on the radar of the traditional giants of the European game. The signing of Ronaldinho in 2002 was another example of this model in action.

Rai spent five hugely influential years in the French capital and PSG continue to enjoy a valuable relationship with São Paulo to this day; Lucas Moura and Gustavo Hebling from the current squad both followed this same path while Leonardo, who spent a season in Paris in the 90s before moving on to Milan, was also of São Paulo origins, although he arrived via the J-League in Japan.

The period between 1997 and 2007 could be labelled a lost decade for PSG with 16 Brazilians arriving, then usually departing soon after having made negligible impact. The exception was Ronaldinho and even his contributions were fairly fitful during his two seasons at the Parc des Princes anyway.

Brazilians flooded in from all quarters: the failing ‘next-big-things’ Adailton and Christian, the Serie A midfield liability Vampeta, the successes-in-Saint-Etienne-but-flops-in-Paris Alex Dias and Aloisio. Then there was a succession of anonymous names that even PSG supporters will struggle to recall: César Belli, Denilson (not the famous one), André Luiz, Souza, Reinaldo, Everton Santos, Edmilson. Unsurprisingly the club’s abject transfer failings in the Brazilian market mirrored their general failings on the field of play during this era.

In 2011 the club undertook a necessary reset in its relationship with Brazilians that would be further shaped by the huge influx of Qatari money flooding in the following year. The signings of central defender Alex from Chelsea and full back Maxwell from Barcelona started a concerted push to install a sizeable clique of seleção players in the capital, and seven seasons later samba stars still dominate the Paris first-team squad through Thiago Silva, Marquinhos, Gustavo Hebling and of course Neymar and Dani Alves.

Undoubtedly PSG’s power-brokers want to position the club as the go-to European destination for all of Brazil’s brightest and best stars, so expect to see that total of 33 rise sharply in the years to come.