The last post in our Lost Champions series takes in the histories of the extinct former title-winning clubs from Switzerland, Poland and Hungary.

Swiss football has a fairly intact past when it comes to its former champions and just a couple of its earliest winners have been lost to the game. Zurich’s Anglo-American Club became the second champions of Switzerland in 1899 after coming out on top from a three-way play-off with BSC Old Boys Basel and Lausanne Football and Cricket Club. Old Boys were on the wrong end of a 7-0 hammering and AAC’s second game was a walkover of a different kind: Lausanne’s British players refused to play their scheduled game on a Sunday!

With scorers against the Old Boys including the names of Bachelor, Smith and Morris; the ex-pat origins of the Anglo-American Club were clear. They were back the following year and competed in the play-offs before disappearing from the game altogether soon after. The 1916 Swiss championship was won by FC Cantonal Neuchâtel and this club was an early forerunner to the one we know today as Neuchâtel Xamax – following a convoluted succession of mergers of course.

To Poland. Formed in 1904 in the then Polish city of Lwow (and now Ukrainian city of Lviv), Pogon Lwow was one of the country’s major clubs in the first half of the last century. Their heyday was the 1920s with four successive titles won between 1922 and 1926 (the 1924 championship was not contested because of the Olympic Games in Paris). Renowned for playing in an attractive style under their Austrian coach Fischer, Pogon won the great majority of their fixtures and usually by handsome margins – goal tallies in double figures were common. Internationally minded, Pogon regularly played high-profile friendly games around the continent.

By the 1930s fortunes were waning, but the club bounced back sufficiently to put together several strong title pursuits over the course of that decade. Pogon’s last game was played in July 1939 and when the war was over the city found itself now part of the Ukraine. Most of its Polish citizens were forced to leave bringing down the curtain on this famous club after 31 years and some of the sports-minded ones restarted the Polonia Bytom club. An amateur club adopting the Pogon Lwow name was created in 2009 and puts together teams from students who attend Lviv’s two Polish-speaking elementary schools.

Our trawl through the history of Hungary’s four Lost Champions starts in the capital with Budapesti Torna Club. Founded in 1885 as a gymnastic club, a football section followed soon after and BTC had the distinction of becoming the nation’s first-ever national champions in 1901. A second title came the following year but BTC were rarely competitive again. In 1935 an attempt to improve their fortunes was made via a merger with Budapest SE, but this new club disappeared the following decade. 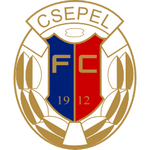 Like Budapesti Torna Club, Csepel also started life as a gymnastic club in 1912 with its footballing division following later. The club was mostly a fixture in the Hungarian top flight and won three championships in the 1940s and a fourth in 1959. Csepel’s last season of note came in 1983 with a fourth-placed League finish. Fortunes faded and in 2000 the football section was merged with a second division club before being dissolved altogether two years later. Csepel continues as a successful sports club specialising in volleyball, wrestling and cycling.

Clubul Atletic Oradea is the only club to feature twice in our Lost Champions series. Most of its history came in Romanian football, but during the WW2 years it played in the Hungarian League under the name of Nagyváradi Atlétikai Club (NAC) and even won the title in 1944 – the first by a club from outside the capital. After the war CAO returned to Romanian football and won a title there too in 1949. The club went under in 1963.

In more recent times the Hungarian game lost its surprise 2000 champions, Dunaujvaros. Founded in 1952 the club spent most of its early history as a yo-yo club between the top two divisions. Their successful period was brief. Promoted to the top flight in 1998 while playing under their sponsored name of Dunaferr SE, the club won its solitary title in 2000 and finished as runners-up the following season. Football operations ended in 2004 when the Dunaferr company ended its financial support. A local businessman quickly resurrected the team but this new entity lasted just five seasons before ceasing operations for good.

2 thoughts on “The Lost Champions Of Switzerland, Poland & Hungary”