“As for the men in power, they are so anxious to establish the myth of infallibility that they do their utmost to ignore truth.” Boris Pasternak, Russian poet and novelist.

Helenio Herrera was an undoubted genius who revolutionised football coaching and management in so many ways, but perhaps his greatest talent was for ignoring, distorting or reshaping inconvenient truths to fit his own narrative. The success Herrera brought to Inter was suitably billed as a natural product of his unique talent and force of will. When tangible achievement was less forthcoming in his next major manager role, at Roma, this failure was merely repackaged as delayed success that would arrive at some indeterminate point in the future. Like a deity promising eternal salvation, all you had to do was continue to believe absolutely and unconditionally in him and his methods.

Despite Herrera’s unwillingness to allow the smallest pinprick of light to breach his formidable reality distortion filter; the curious case of Lucio Bertogna – the striker who never was – was one of those occasions when even Herrera struggled to maintain his much prized illusion of infallibility.

Herrera may have departed from Inter in 1968 in ignominious fashion, but the great success he had enjoyed previously there ensured his reputation remained stellar and he was a manager whose services were very much in demand. He had transformed Inter into the best team in the world and now was promising to do the same for Roma during his negotiations with Francesco Ranucci, the club’s inexperienced, if fiercely ambitious President. Seduced by the emotive vision the Argentinian laid out in front of him, the star-struck Ranucci was expertly manipulated into offering Herrera an enormous 100,000 lira (£75,000) annual contract to take charge. To supply some context, this wage was more than twice as much as any other coach in the world earned at the time, and around six times the best managerial salary on offer in England. And that was just a starting figure: with a raft of potential bonuses ‘il Mago’ could potentially double his pay in a successful season.

A comprehensive squad overhaul followed but things quickly started to deviate from Herrera’s script as Roma made an underwhelming start to the 1968-69 season. Goals were a problem and Herrera decided that his jigsaw lacked a single piece, a striker, and that striker would be 20-year old Lucio Bertogna.

This was a player who had carved out a respectable name for himself with Venezia over the previous few seasons, but the timing of Herrera’s sudden interest was hardly ideal with Bertogna having already transferred that summer to Fiorentina. The Tuscan club appeared willing to discuss a deal though and quoted Roma a sizeable fee of 180m lire – around £120,000 – which would represent a quick and sizeable profit for them. Herrera had the slavish backing of the Roman press, so when the enthusiasm of Ranucci and his fellow directors for funding this expensive transfer faltered, the coach conducted an extensive media campaign through Massimo Lo Jacono, a young and impressionable Corriere dello Sport journalist, to browbeat his employers into bending to his will. 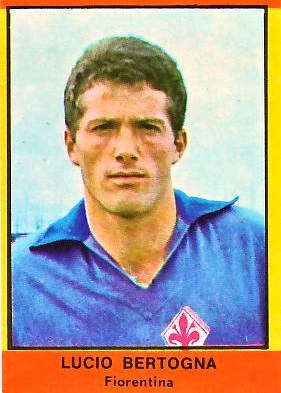 While Herrera undoubtedly viewed them as little more than trifling niggles, the more circumspect observer might have pointed out the ominous warning signs around this prospective deal that should have sent Roma running to the hills – all seven of them. Fiorentina’s President Baglini seemed to take pity on his inexperienced and harassed Roma counterpart. He told Ranucci that Bertogna had made a poor initial impression in Florence and gracefully suggested that Roma might be better served negotiating a deal for the future international winger Luciano Chiarugi, a much more talented player who was in conflict with the club. Herrera was not interested. 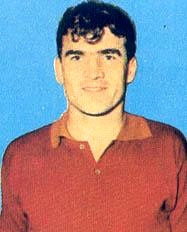 So Ranucci, fellow director Marchini and player agent Walter Crociani duly drove to Florence to finalise the transfer. During the journey the agent admitted that Bertogna was not even a striker – he had played in midfield with Venezia and boasted only a modest scoring record – and if Herrera thought he was a forward this must have been because he had scored on one occasion against his Inter side some years earlier  – incidentally the only Serie A goal he ever scored. Calamity upon calamity: the Roma delegation discovered that Bertogna played in contact lenses and there was some disquiet about his lack of moral fortitude when the player broke down in tears in front of them at the prospect of having to move to Rome.

Whether Herrera believed he truly possessed King Canute powers that could transform an unremarkable midfielder into a potent striker capable of breaking down the teak-tough defences of Serie A was moot. However strongly the warning signs might be flashing, the Roma coach had far too much publicly invested in the deal to pull out at this late stage without an unthinkable loss of face.

With not even his reluctant employers willing to stand up to their omnipotent coach, £120,000 was duly spent to save the face of Helenio Herrera rather than acquire a footballer that anyone had much confidence would become a game-changer for Roma. Lucio Bertogna did not impress enough upon his arrival to even earn a place in the first team for friendly games and over the next two seasons he would make just three appearances in competitive games. Eventually Herrera coolly suggested he should be sold as he would never make a top player – he lacked the temperament, apparently. Bertogna was released for a nominal fee and he went on to enjoy a decent, if resolutely modest, career in the lower divisions with Monza and Trento. Through the passage of time and the fickle attention span of the typical tifosi, few now remembered how far out on a limb Herrera had gone to secure this costly transfer, yet alone point the figure at him for the deal’s unsurprising failure.

The reality distortion filter remained intact and we came no closer to finding out if Herrera’s manipulation was driven by sheer ultra-pragmatic survivalism or an absolute belief in his own cult of personality. This illuminating story about the darker side of the most famous coach in the world game of the 1960s was told years later by Alvaro Marchini, one of the directors involved in the deal and the successor to Ranucci as Roma President. His 1976 book ‘Io Presidente’ included a number of excoriating attacks on Herrera, causing much controversy and breaking the firmly established, if unofficial, Italian media policy of deference to Herrera that endured even long after the Argentinian had ceased working in Italian football.