There is a recently reformed football club situated around 70 miles north of Philadelphia called Bethlehem Steel. In their previous incarnation they were one of the most successful of the early American clubs. But all their silverware was not what made me aware of their existence. It was their eye catching name. I have recently also discovered another Pennsylvania-based club called Bearfight FC. I guess these are the kind of names that I notice.

It is also the reason why I wanted to write about a football club called Middlesbrough Ironopolis. A name that evokes the industrial revolution as well as a Marvel comic book location. How can you not be intrigued by a club with a name like that. Formed in 1889 by members of the Middlesbrough club we know today who wanted the town to have a professional club, they settled on the frankly wonderful Ironopolis moniker as a nod to the region’s reputation as a centre for iron and steel production (unfortunately nothing to do with being the home town of some minor Stan Lee character).

Ironopolis were very much the club of the working man in the town as opposed to Middlesbrough FC who drew their support from the middle and upper class who favoured the amateur game.

In only five years of existence Ironopolis managed to win three consecutive Northern League titles – as well two Cleveland Charity Cup victories – and reached the quarter final of the FA Cup in the 1892-93 season before being knocked out by the big guns of Preston North End.

Their success in the Northern League and FA Cup granted them the bigger stage of the second division of the Football League in the 1893-94 campaign. After losing their first game of the season to eventual winners Liverpool, Ironopolis went on to record just eight victories in 28 games – although they did beat Small Heath who finished second. 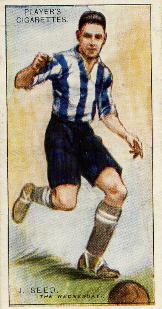 But all was not well at the club. In a scene that could be transplanted into today’s footballing world, the players’ wages far exceeded the gate receipts. On top of that there was the added cost of travelling to play clubs as far afield as Woolwich Arsenal which made the club’s financial state perilous.

The club lost their stadium – the also gloriously named Paradise Ground – and two months before the season had even ended the players had been served notice of plans to liquidate the club. Middlesbrough Ironopolis drew their last match at the end of April and the club resigned from the Football League, officially disbanding a month later.

It looks like the club’s desire to be professional in the top league in the land was their ultimate downfall. Riding high in the Northern League just wasn’t enough for the visionaries behind the setting up of the club. Although the team performed adequately on the pitch there just wasn’t enough money coming in and the impressively named Middlesbrough Ironopolis became just another footnote in the history of the game.

Only one other club spent just one season in the Football League. Bootle FC were replaced by near neighbours Liverpool after also falling foul of financial problems just the season before. Continuing the parallels to football clubs of today, Ironopolis managed to get through three different sets of kit colours in their brief history, finally parading a fetching cherry red shirt with a white sash.

The other side in Middlesbrough finally turned professional six years after the demise of Ironopolis and are now performing at the very highest level in the country. If only the people behind Middlesbrough Ironopolis hadn’t acted as impatiently as many of the club owners do today we might even be enjoying a modern day Teesside derby.