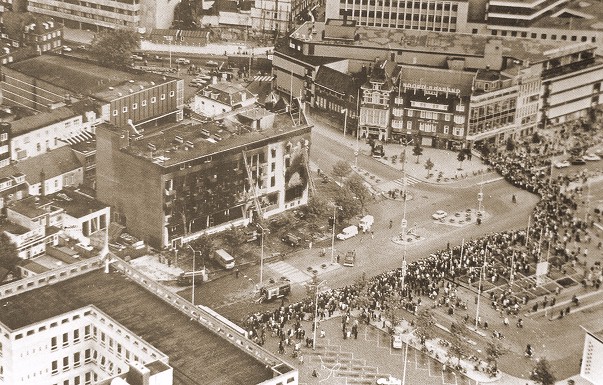 A best-ever Oberliga placing for modest Chemie Halle should have represented the highpoint in the East German club’s history, yet tragically it was nothing more than the precursor to an event that would shock European football and come with a terrible human cost for the club. That third placed League finish achieved in the 1970-71 season was a welcome break from the club’s habitual middle-order ranking, bringing the bonus of European 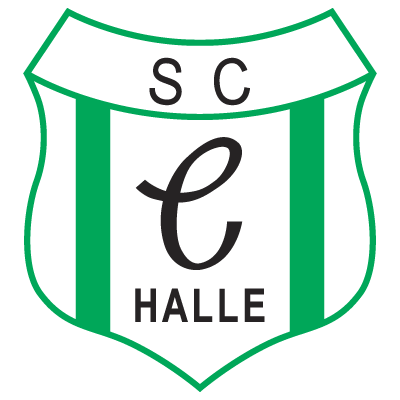 football the following season for just the second time in the club’s history. Drawn to play PSV Eindhoven in the opening round of the UEFA Cup, Halle performed valiantly to hold the Dutch side to a scoreless draw at home. There was to be no second leg however.

In the early hours of September 28th, 1971, 11 people were killed and 19 injured when a terrible fire gutted the Hotel Brand’t Silveren Seepaerd, situated opposite Eindhoven’s main railway station. This also happened to be the hotel where the Chemie Halle party was staying the night before their second-leg match against PSV.

The fire broke out in the ground floor restaurant and was first spotted by a passing bus driver at 5.30am. The flames spread rapidly through the ageing building and were channelled up the staircase of the main lobby. This was a time before mandatory building and fire codes for hotels and entertainment venues existed, so the hotel had no fireproofing, no dedicated fire exits, no fire alarm to alert the 86 guests and precious few fire extinguishers. With the ground floor ablaze, conventional escape was impossible for guests stranded on the upper floors. Forced to improvise, rescuers gathered on the elevated flat roof of the kitchen and held out bed sheets tied together for guests to jump on to from second and third floor windows.

Most of the hotel guests and the 15-man Halle party would escape via this route, but sadly not all. Erhard Mosert, a 20-year-old squad player, badly broke his leg when jumping and tragically the outcome for 21 year-old reserve Wolfgang Hoffmann was unhappier still. He missed the target with his leap from a window, crashed through a skylight and suffered a fatal impact when landing on the kitchen floor below.

The reserve Halle goalkeeper Volker Jany and the experienced, international full back Klaus Urbanczyk bravely led the attempts to aid the rescue efforts. The pair stayed in the burning building as long as they could to wake guests and usher them to the evacuation point. When the situation deteriorated to a critical point, the two players were forced to leap through a third floor window onto bed sheets below. Urbanczyk suffered terrible, career ending injuries from the broken glass and was rushed to hospital where he had part of his right leg amputated and needed an emergency blood transfusion. The player would spend a month in hospital recovering. 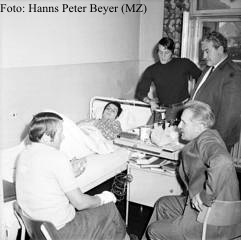 The fire brigade took two hours to get the blaze under control and the rest of that black Wednesday to finally extinguish it. How it started was never determined. Nine of the fatalities had died in their rooms and the other two deaths, including poor Wolfgang Hoffmann, came as a result of failed attempts to escape by jumping from upper floors. Dozens of survivors were treated for cuts and the effects of smoke inhalation.

The East German party showed great dignity in the aftermath of this dreadful event and were widely praised for their bravery, selflessness and restraint. The club’s officials immediately withdrew from the tournament and by failing to qualify again for European competition, Chemie Halle never had the opportunity to put their 1971 ghosts to rest.

This dark tale at least ends on a slightly more upbeat note. Guus Hiddinck was a PSV player at the time of the tragedy and as the 35th anniversary of the event approached in 2006, he was prominent in the organisation of a memorial game to be played in Germany between the PSV team he now managed, and Hallescher FC, the current day incarnation of the old Chemie Halle club. After the fire, local Eindhoven residents had given refuge to the Chemie Halle players and the respective families had maintained strong relations over the intervening decades. The PSV visit was an admirable gesture and one that further cemented a strong solidarity between two very disparate clubs, drawn together forever by the most tragic of circumstances.