When looking back at the leading South American teams of the 1960s, their brutality is what lingers most in the mind. The Intercontinental Cup matches between Racing Club and Celtic in 1967 and Estudiantes and Manchester United in 1968 captured the attention of the British public, but became famous for the violence exhibited rather than the quality of football. Amidst the chaotic scenes that the early years of the Intercontinental Cup evoked, one South American club established its legacy as one of the continent’s powerhouses and it was to be a decade of unrivalled success for Uruguay’s most successful club: Peñarol.

Since the club’s inception back in 1891 as the Central Uruguay Railway Cricket Club, its teams became synonymous with quality and success in Uruguayan and South American football. Peñarol had been one of the dominant forces in Uruguayan amateur football and even embarked on a tour of Europe as early as 1927, playing 19 matches in just 80 days, including fixtures against Bayern Munich, FC Barcelona, and Atlético Madrid. As Uruguayan football turned professional during the 1930s, Peñarol and historic rivals Nacional traded titles back and forth. Of the 27 championships contested between the first professional season in 1932 and the beginnings of Peñarol’s run to the highest echelons of South American football, Nacional led – by the narrowest of margins – fourteen to thirteen.

In much the same way that Real Madrid made its name in Europe through the dominance of the early years of European Cup, so Peñarol’s success in the initial years of CONMEBOL’s equivalent, the Copa Libertadores, built their reputation as serial winners and a team capable of playing highly attractive football. As the winners of the 1959 edition of the Uruguayan Primera Division, the Manyas represented Uruguay in the inaugural version of the tournament alongside Bahia of Brazil, Jorge Wilstermann of Bolivia, Millonarios of Colombia, Olimpia of Paraguay, San Lorenzo of Argentina and Universidad de Chile. Perhaps fittingly it was the Uruguayan team who contested the very first match played in the Libertadores, hosting Jorge Wilstermann at the Estadio Centenario.

Had the match against the Bolivian champions turned out differently, the story of Peñarol may well have followed a different path. As it turned out, an emphatic 7-1 victory set the tone for the decade to come as the team’s stars flourished on the biggest stage. The core of Uruguayan football is strongly based around the principle of defensive solidity and Garra Charrúa, which translates as battling with tenacity when case as the underdog. The concept worked for the national team during its early history and helped bring the two World Cup titles the nation can lay claim to. But for Peñarol the philosophy was different and their style was built around the fine attacking talents of wingers Carlos Borges on the left, Luis Cubilla on the right, and the star man, Ecuadorian striker Alberto Spencer, at centre forward.

Borges scored after just 13 minutes against the Bolivians to become the first-ever goalscorer in the tournament, and he added a second before half-time with Cubilla and Spencer each getting their names on the scoresheet before the interval. Spencer found the back of the net a further three times in the second half, becoming the first hat-trick scorer and all but securing Peñarol a place in the semi-finals. The return leg in Bolivia’s capital La Paz was a closer affair, with a Cubilla goal securing a draw for the Uruguayan champions and earning a match-up against Argentina’s San Lorenzo.

After two draws, 1-1 in Uruguay and 0-0 in Argentina, Peñarol and San Lorenzo were obliged to stage a play-off match to decide a winner, with Peñarol offering San Lorenzo $100,000 to allow the game to be held in Montevideo after the Valdivia earthquake forced a change of venue. The Manyas appeared to be headed to victory thanks to Spencer’s early strike, but a red-card for José Griecco brought pressure and an 86th-minute San Lorenzo equalizer brought the tie level again. Digging deep into that Garra Charrúa spirit, Spencer responded with his second of the game in the 89th minute and sent Peñarol to the final.

Both legs of the final contested against Paraguay’s Olimpia were close games settled by late goals. Peñarol won the first leg at home 1-0 with Alberto Spencer’s seventh goal of the competition; Olimpia levelled the aggregate with an early goal in the second leg. A play-off was looming until Cubilla netted his third of the competition to ensure Peñarol would be crowned as the first official South American champions. Domestically Peñarol kept up their winning ways during the 1960 season, losing just once and narrowly securing a third title in a row after a 3-1 play-off victory against title rivals Cerro.

At this same time, the European and South American federations had conceived of the idea of trying to find the world’s greatest club side, so arranged for the champions of the continental competitions to meet to crown a winner. Peñarol’s 1960 success meant they were given the task of facing Real Madrid’s superstar side led by Alfredo di Stéfano and Ferenc Puskás. In their home leg the Uruguayan champions matched Los Blancos, battling hard for a 0-0 draw, but the quality of the Madrid team shone through at the Bernabéu. Di Stefano and Puskas combined for three goals inside eight minutes on the way to a final score of 5-1 to the European champions.

A league and continental double certainly represented a good start to a decade, but this Peñarol side was just getting started. Despite losing Carlos Borges to Argentinian side Racing Club, the league title was secured once more in 1961 with again, just a single loss suffered during the campaign. Back in Libertadores action, Peñarol drew Peru’s Universitario in their opening fixture and cruised to a confident 5-0 victory in Montevideo.

The result was particularly pleasing for Peñarol’s two-goal Peruvian striker Juan Joya, the replacement for Borges and a player who made his name with Universitario’s bitter rivals, Alianza Lima. The Uruguayans advanced comfortably despite losing the return leg 2-0 in Peru.

In the semi-final, Peñarol faced Olimpia in a repeat of the previous season’s final. This time the tie was much more comfortable as the Manyas won both legs, 3-1 at home and 2-1 in Paraguay to progress to their second final. With goals in the Libertadores being harder to come by for Spencer this season, the vital contributions from wingers Joya and Cubilla served to highlight the attacking threat that the side still possessed.

Having only scored twice in the four previous matches, Spencer stepped up in the tightly contested first leg of the final against Brazilian side Palmeiras. His late goal gave Peñarol the advantage. A mere two minutes into the return leg José Sasía scored to extend Peñarol’s advantage and, despite a Palmeiras equalizer, the Uruguayans successfully held on to the draw that was good enough to crown them as South American champions again.

Heading back across the Atlantic to contest the Intercontinental Cup for a second successive year, the belief was high that a squad featuring the talents of Spencer, Sasía, Cubilla and Joya could be a match for any side in the world. Awaiting them was a Benfica side containing a young Eusébio and led by the legendary Hungarian manager Bela Guttmann, who ironically would go on to manage Peñarol the following season.

With the travel factor considerably more arduous than it is for modern footballers, home advantage in these intercontinental matches played a major role and was borne out by this particular clash. Benfica edged their home match 1-0, then made their way to Montevideo where they were dismantled 5-0, the goals coming from Sasía and a brace from each from Joya and Spencer.

With goal difference not taken into consideration, the tie was considered level with a win apiece, so a playoff game was scheduled just two days later at the Estadio Centenario in Montevideo. This game was a lot closer fought with two goals from Sasía helping the South American’s emerge victoriously and earn the entitlement to call themselves the champions of the world.

Domestically it was a case of deja vu in 1962: another League title secured with only a single game lost, meaning in just three League games from 54 fixtures since the turn of the 60s did Peñarol emerge pointless. Copa Libertadores progression ran in parallel and included the narrowest of victories over big local rivals Nacional in the semi-finals.

In what is still considered one of the greatest finals in Libertadores history, the Uruguayans faced the brilliant Brazilians of Santos, a team containing the attacking talents of Pepe, Coutinho and of course, Pelé. Unusually both teams won their away legs: a 2-1 win for Santos in the first and a 3-2 success for Peñarol in the return, but it was the Brazilians who triumphed in the play-off with two goals from Pelé inspiring a 3-0 victory and dethroning the Uruguayans as the continental champions.

Whilst 1963 was a disappointing year by the club’s high standards with their grip on the league title being broken by Nacional and an inconsequential Libertadores campaign, 1964 brought a return to the top of the Uruguayan game going through the entire domestic season without losing a single match. Nacional trailed in a dozen points behind.

The title was retained in 1965 and the team reached a fourth Libertadores final in six seasons, though Argentina’s Independiente would emerge victorious this time. Peñarol would only have to wait for twelve months for their third success to arrive, however. The final of 1966, contested against River Plate of Argentina, once more headed to a decisive play-off match at a neutral location after both teams claimed home victories. This match played at the Estadio Nacional in Santiago in Chile is ingrained into the psyche of all Peñarol supporters old enough to remember it.

Seeking a first title of their own, River Plate raced into a two-goal lead by half-time through efforts from tournament top scorer Daniel Onega and Jorge Solari. Peñarol adopted a more physical approach in the second-half without much impact until Alberto Spencer confidently volleyed home after 67 minutes to change the complexion of the game. Just five minutes later, midfielder Julio Abbadie fired home from just outside of the area to bring the tie level and send the match into extra-time.

With the momentum having shifted decisively towards Peñarol, extra-time proved comfortable for them and goals from Spencer and Pedro Rocha, the key cog in the midfield, securing that third title with something to spare. The victory also offered the side an Intercontinental Cup rematch with Real Madrid and the chance to avenge the 1960 defeat suffered at their hands.

In what was to prove a final hoorah on the international scene for this generation, Peñarol took the game to their counterparts and produced a confident display of attacking football.  Two goals from Spencer secured a 2-0 victory in Montevideo and efforts from Spencer and Rocha replicated the scoreline in the return fixture in Madrid,

The story of Peñarol for the remainder of the 1960s was the story of their absolute domestic dominance. Nacional won the League title in 1966, but Peñarol’s 15 game unbeaten run to end the season was the catalyst to one of the team’s most notable achievements. Having already completed the 1964 season unbeaten, the Manyas replicated this feat not once, but twice in a row, going through 1967 and 1968 without losing a single League game. This unbeaten run stretched to 56 games before finally coming to an end in 1969 with a 2-0 defeat to Liverpool Fútbol Club.

A brief rejuvenation during the 1980s aside, the club has struggled to make a similar impression on a South American game that has been dominated by the giants of Argentina and Brazil since. Their 60s efforts earned them the title of South American club of the 20th Century, bestowed by the International Federation of Football History & Statistics, and it’s those efforts and achievements that ensure that Peñarol will always remain one of the most passionately supported and successful clubs in the world. 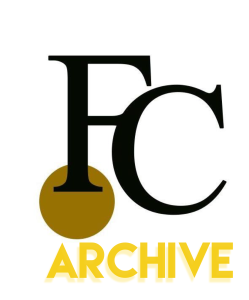