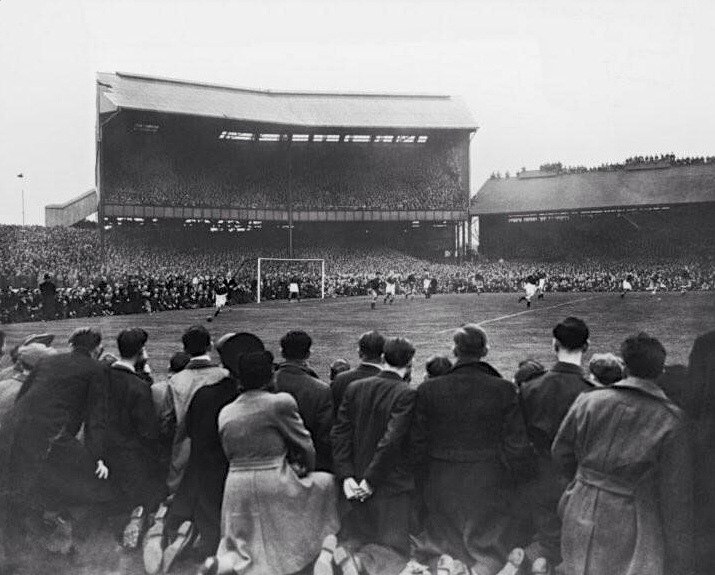 British football has welcomed no more symbolic visitors to its shores than the Dynamo Moscow team who undertook a goodwill tour shortly after the end of the Second World War. Dynamo’s visit came couched in mystery. They were sporting pioneers with no Russian club having played in Britain before, but there was a broader sense of the unknown, of the sheer impenetrability of Russia and its culture to the man in the British street that the countries’ wartime ally status had done little to assuage. This sense of mystery piqued the footballing public’s curiosity and close to 300,000 fans packed out Stamford Bridge, Ninian Park, White Hart Lane and Ibrox for the four matches.

Putting the political complications and mutual mistrust the tour threw up to one side, the revelation for fascinated supporters and journalists alike was the great ability on show by the visitors. Dynamo were reigning Soviet champions and their players had been exempt from gruelling wartime military service, but Russian football had traditionally lagged well behind western European nations in quality. History was no barrier for Dynamo though. Capable of matching opponents for pace and strength, their quick and precise passing gave them a notable technical superiority which reflected in their results – wins over Arsenal and Cardiff City and draws with Chelsea and Rangers.

In many respects this was the first glimpse of a different way of playing the game from the British model, a lesson that would be delivered more brutally when Hungary visited Wembley eight years later. This Vintage post gathers up some of the most visually striking images from the Dynamo Moscow 1945 tour. 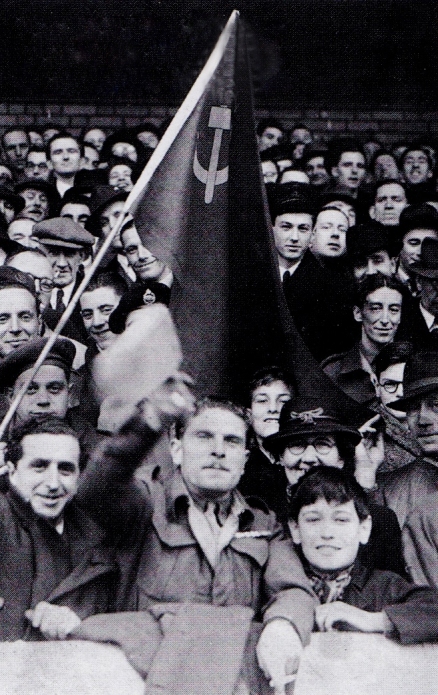 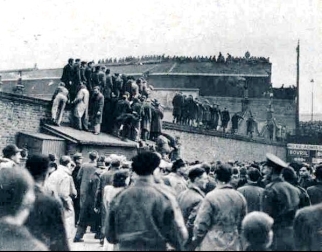 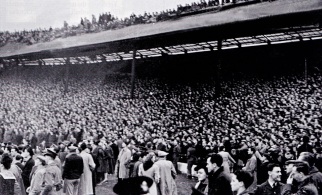 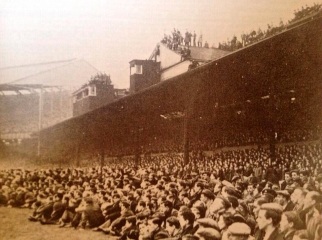 Some precarious roof based viewing positions at Stamford Bridge 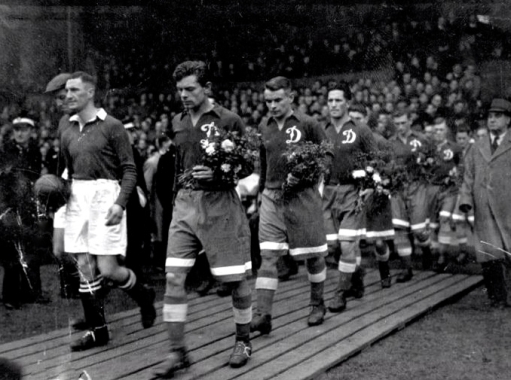 Dynamo Moscow players emerge from the tunnel at Stamford Bridge. 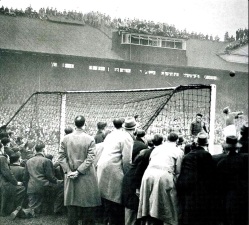 Welcome to the lower Leagues. Moscow keeper Tiger Khomich is on the wrong end of a vigorous charge by a Cardiff City player

The biggest crowd of the tour was the 90,000 at Ibrox to see Dynamo Moscow take on Rangers