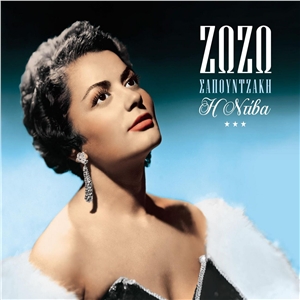 I’d like to remember the now-retired Argentinian Martin Palermo as a bluntly effective centre forward, or even just the man who infamously missed that hat-trick of penalties against Colombia in 1999. Neither works for me though. Nowadays, when Martin Palermo comes to mind (which is, admittedly, not often) I can only mentally associate him with those insightful words uttered by his sometime-romantic squeeze, Jessica Geneux: “I like to play erotic games with Martín, and that’s my right. People should understand there’s no love-making timetable for a woman like me. I can do it in the morning, afternoon or evening, or all at once, non-stop during the same day. I’m like a dirty volcano.”

BTLM’s tentative investigations revealed Geneux to be some sort of model of Argentinian provenance, a lady with a penchant for wearing little and having sex lots. It’s all part of a modern-day culture shift that assails people with gossipy stories of trysts between big-name South American footballers and the pneumatic models who like to have sex with them, then tell everyone in exchange for financial remuneration. Against its will BTLM has had terms like Larissa Riquelme, Miss BumBum contests and 600ml saline implants forcibly inserted into its lexicon. Our 21st century moral turpitude knows no bounds. It just never used to be that in the good old days, or so us naifs used to think until we uncovered a case of Mediterranean sex, seduction and scandal as the Greek club Panathinaikos prepared for its appearance in the 1971 European Cup Final.

It’s hard to overstate just how unlikely a situation a Greek team being just 90 minutes from becoming champions of Europe seemed in 1971. Had UEFA produced coefficients at the time then Greek clubs would have been ranked among the minnows of the continent, barely ahead of Malta, Albania and Luxembourg. Greece’s champion clubs had won just three European Cup ties between them in the previous decade and yet now, somehow, Panathinaikos had won four in a single season to reach the Final against Ajax.

The Ferenc Puskás coached team had not even benefitted from favourable draws to get them as far as they did, having to navigate a way past the champions of Czechoslovakia (Slovan Bratislava), England (Everton) and Yugoslavia (Red Star Belgrade) en route to their Wembley destiny against the Dutch champions. The semi-final against Red Star in particular was Pana’s greatest hour with a 3-0 home win overturning a 4-1 first leg defeat in Belgrade to see them through on away-goals. More than 20,000 of the club’s supporters had travelled to the Yugoslav capital for the first-leg and now the entire country was going European Cup crazy as the Final loomed. The military government’s Minister of Sport, Constantinos Aslanidis, described the victory over Red Star as a national event and strict protocol was breached when every player was embraced by Despina Papadopoulos, the wife of the Head of State, at a reception in their honour.

With bonuses on offer that would raise the eyebrows of even the best paid Serie A superstar, everyone associated with the club had plenty of financial motivation to win the Final – Puskas himself would almost double his salary with the £10,000 in bonuses he earned from this campaign. As well as earning great prestige and hard cash, if the Pana players could just find a way to beat Ajax they would also be the recipients of some intriguing, extra-curricular bonuses on offer. These ‘indecent proposals’ came from a trio of famous female Greek celebrities who were all too happy to jump, metaphorically, on the Pana publicity bandwagon.

Zeta Apostolou was statuesque, blonde and acted – in the broadest sense of the word – in Greek films and television. She appeared in over 40 films of mainly dubious quality and it’s rumoured that she even kept her clothes on in some of them. Zeta announced in the Greek media that she was offering to ‘spend a weekend in Crete with Takis Economopoulos (the Pana keeper and hero of the Quarter-Final win over Everton) if he didn’t concede a goal at Wembley‘. Following in Zeta’s footsteps was Zoe Laskari, a former Miss Greece now turned diva and provocative film star. Zoe was a bit more coy and offered up merely the promise ‘to kiss the players forever’ (BTLM thinks that would actually get quite annoying quite quickly, and that’s before you even consider the chafing). The third in our trio of Mediterranean temptresses was Zozo Sapountraki, a raven-haired chanteuse who cordially invited the entire team to ‘an unforgettable weekend at her home’.

Granted, it’s all fairly tame stuff when set against modern stories of footballers and their loose-lipped arm-candy breaking into River Plate’s stadium and having sex in the centre-circle at midnight, but in a religious and deeply conservative country like Greece in 1971, it offered up a whiff of scandal. Perhaps these publicity-hungry ladies were much smarter than people gave them credit for. Just as Larissa Riquelme made a bold promise to run naked through the streets of Asunción if Paraguay won the 2010 World Cup, so Zeta, Zoe and Zozo similarly offered up the promise of much, aware that the chance of them having to deliver on it being negligible.

Panathinaikos’s stature meant they were one of the least-fancied outsiders in European Cup Final history and were easily beaten 2-0 at Wembley by a Johan Cruyff inspired Ajax. Zeta, Zoe and Zozo’s collective virtue remained intact to fight another day.