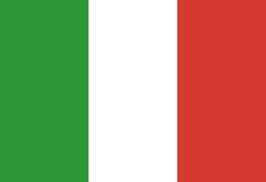 The clear pattern to emerge from our Versus series is that most European ties between teams from the same countries happened in the Fairs Cup, or its spiritual successors the UEFA Cup and Europa League. It’s statistical probability as much as anything with Europe’s third competition allowing up to four entrants from a single country; this compared to the usual single entrant in the old European Cup and Cup Winners Cup.

There has always been a curious apathy among Italian clubs, players and supporters alike towards European competition outside the European Cup, and this attitude – along with the accompanying lack of success it engendered – goes a long way to explaining why Italy had to wait for three decades until two of its clubs finally met in an European tie. 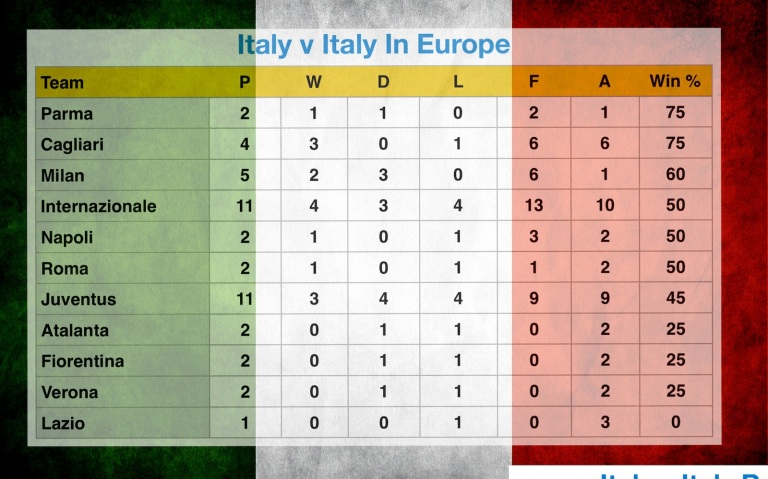 There was no great change in outlook towards the UEFA Cup when Italian teams started to dominate in the late 1980s, simply now the Serie A had become so strong that its teams could saunter past all-comers even when playing below their best. Italy v Italy UEFA Cup ties became commonplace during these years with the Final itself being an all-Italian affair four times during the 1990s.

Since a brief flurry of Champions League ties involving Milan, Inter and Juventus in the first half of the last decade, 8 years have passed since the last all-Italian encounter. Juventus and Inter have played most all-Italian European ties but its Cagliari, Parma and Milan who have the best overall record. 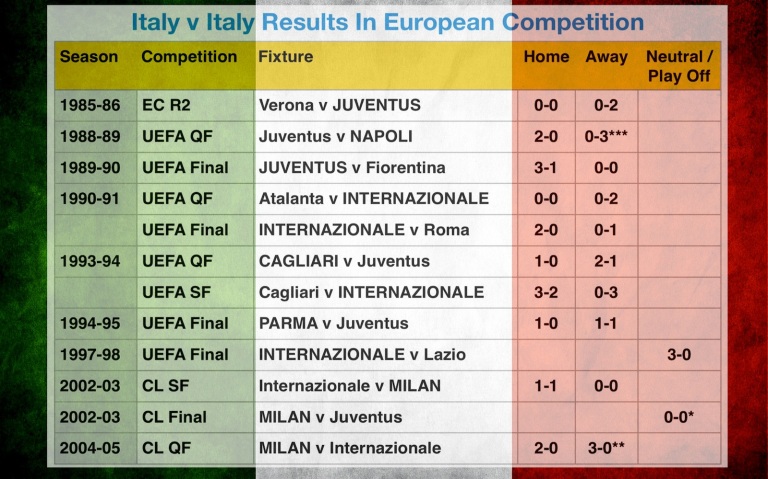 2 thoughts on “Versus: Italy v Italy In European Club Competition”