The period we cover in this first West Ham United Vintage post run in parallel with the forward-looking reign of Ted Fenton as manager.

He was in charge between 1950 and 1962 and during these years was responsible for modernising the club and establishing the emphasis on youth development that remains an important part of West Ham’s identity today. Some of the club’s most distinguished players from the era feature in this gallery. 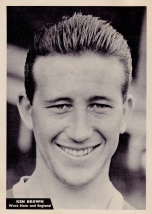 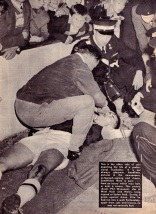