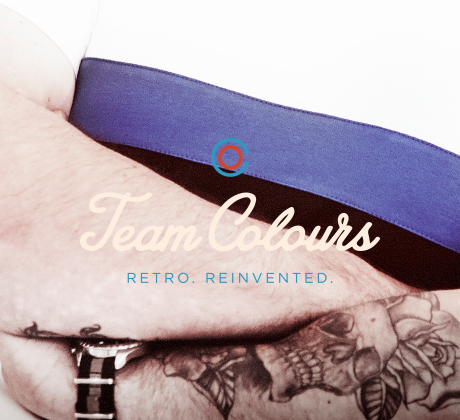 There’s two distinct demographics that the many sportswear companies who trade in footballing nostalgia aim their products at: those of a certain age with rose-tinted memories of the game as it was from our youth (that’s BTLM,) or modern-day football hipsters buying into the cachet of the sport’s rich past (that’s most definitely not BTLM). Stockport based Campo is one of the more interesting purveyors of retro football merchandise, so we thought we would take the opportunity to try one of their classic team shirts for size (XL if you insist).

Campo may have an extensive selection of iconic club and national shirts from around the world available, but selecting one was a simple choice for us. After ordering we duly took ownership of an Azteca Inter Milan Away shirt just a few days later – and quite splendid we look wearing it too!

So why this particular shirt? Well, since seeing Inter in a 1984 UEFA Cup tie at Ibrox, BTLM has harboured a deeply entrenched fascination with the nerazzurri which sits nicely alongside our associated fetish for the under-appreciated art of serious defending – the none-shall-pass variety best demonstrated by Helenio Herrera, the high-priest of catenaccio, and his infamous Inter teams of the 1960s. On a somewhat less intellectual level, we just love the colours and the minimalist design too.

We were suitably impressed with the quality of both the packaging and the shirt itself. This particular Azteca top costs a very reasonable £25 which is a veritable bargain when set against the £90 you have to pay for the latest English strip. Can you really see that becoming a design classic people will be wearing in half a century’s time?

Despite being a jobbing part-time defender by trade, it’s probably too ambitious to hope that our new Inter Milan Campo shirt can help us channel some of the defensive elegance and nous of the legendary Giacinto Facchetti next time we take to the field. If we could be compared to any defender from Helenio Herrera’s ‘grande Inter‘ 1960s teams, it would probably be the less-heralded Tarcisio Burgnich – an uncompromising man marker who would rake his studs down his grandmother’s achilles with glee if there was a clean-sheet to be had.

So we thoroughly recommended our new Campo shirt which will help you look the part, even if you will never play the part. That’s still a sizeable enough victory to make even Helenio Herrera proud. 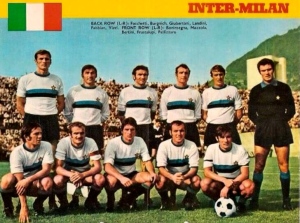 One thought on “Review – Retro football shirts by Campo”