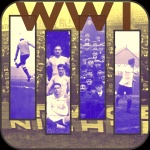 Today as part of our regular WW1 series we’re sharing another collection of powerful football images and propaganda posters spanning the years of the conflict.

Although organised football would eventually cease for the duration of the war, playing or viewing the sport remained an important leisure pursuit and a vital morale booster for the armed forces fighting on foreign fields or invalided back home to Britain. 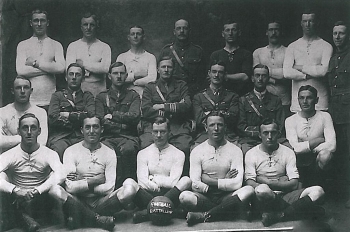 Balls made for entertaining the troops on the western front, 1916

Ex-Tottenham player Walter Tull (left) with fellow officers in 1917. He served as an officer in Italy and France & was killed in action 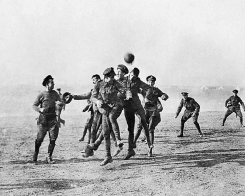 Football on the Western Front, 1916

Hearts players in the Footballer Battalion, 1915 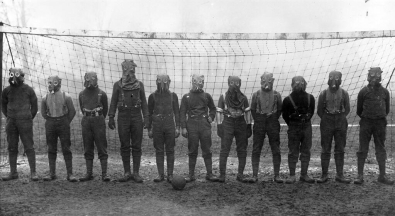