Before the days of fancy undersoil heating, snow was a greater nemesis to the game than it is now. Pitches had to be cleared by hand and players were expected to slither about in treacherous, rock-hard conditions without a murmur of complaint. On the upside, football blighted by winter weather did inspire some wonderful black & white photography as this gallery ably demonstrates. 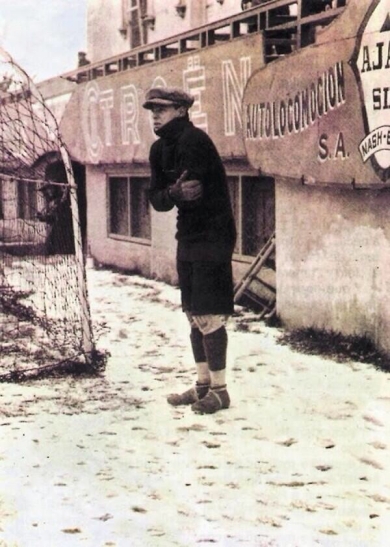 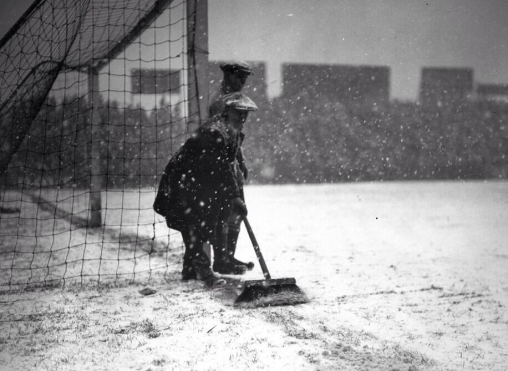 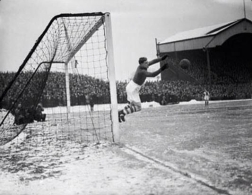 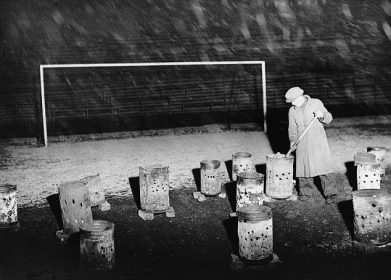 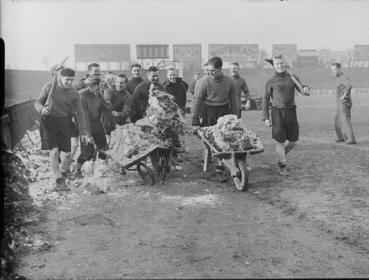 1939 – British troops play in the snow in France