Our favourite pictures from this set would be either FC Hilversum posing in a local recording studio with the acclaimed organist Cor Steyn, or perhaps Blau-Wit on a KLM aircraft stairway to nowhere – a slightly poignant and unintentional allusion to the eventual fate of the Amsterdam club.

Apeldoorn AGOVV in the courtyard of the local Automobile Technical School 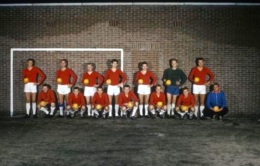 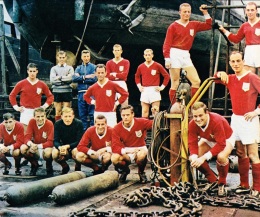 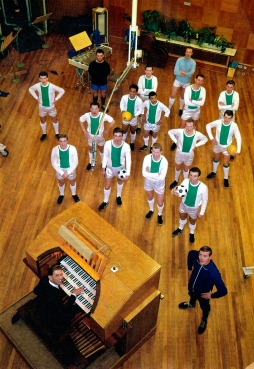 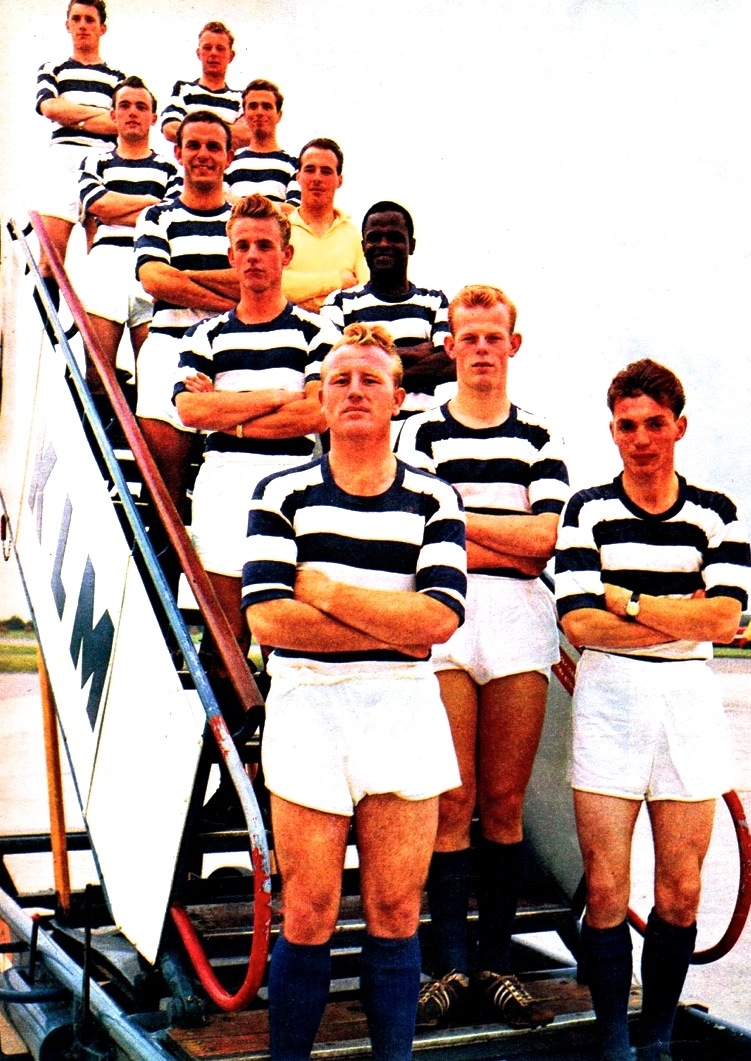