Our latest feature in BTLM’s regular A Word From Our Sponsors series takes a look at the advertising of Bukta, one of the grand old names of football shirt makers. The company was formed as far back as 1879 and Nottingham Forest became the first senior club to wear Bukta manufactured shirts in 1884.

The company grew in size and reputation through its association with Britain’s scouting movement in the early 20th century and by 1933 had truly arrived in the football shirt market. That was the year Bukta kitted out both FA Cup Finalists for the first time – a sizeable coup and a source of huge publicity.

In this first of three posts on Bukta shirts we feature the company’s advertising from the years 1958 through 1967. There’s an understandable focus on their association with the FA Cup winners of 1958 and 1964, Bolton Wanderers and West Ham respectively. 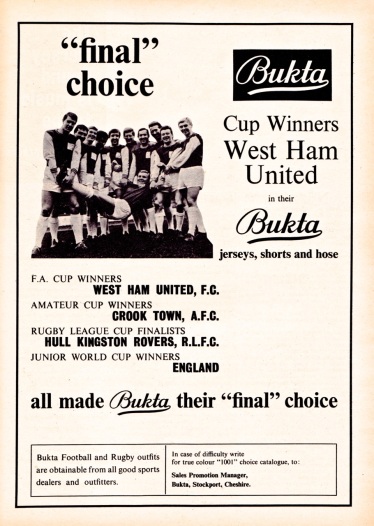 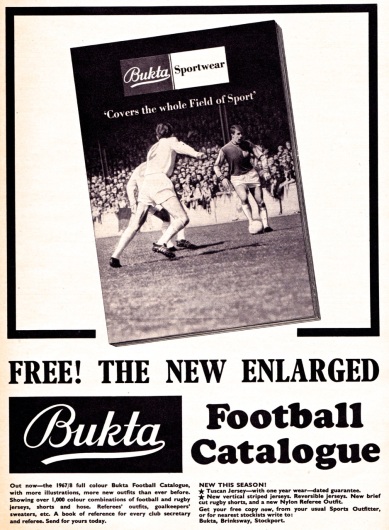