Six of France’s seven Lost Champion clubs date back to the earliest days of the game – the years between 1894 and 1929 – when the national championship was a strictly amateur affair. Full professionalism was finally embraced in 1931 and, as was the case in a number of European countries, some of those illustrious amateurs struggled to adapt to the change. 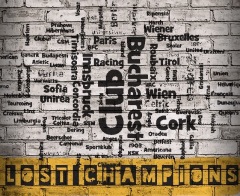 We’ll start in the capital. Founded in 1890, Club Français emerged as a force towards the end of their first decade in action. Crowned champions in 1896, CF subsequently finished runners-up three times in succession between 1898 and 1900 but couldn’t replicate that championship win. The club survived, just, into the professional era and even enjoyed a surprise Coupe de France win in 1931 before financial problems sent it under during the 1934-35 season.

Cercle Athlétique de Paris started life like many other French sports institutions as a gymnastic club that added a football section as the game’s popularity rose. CAP (not to be confused with Club Athlétique de Paris) won its sole title in 1927 and played on through to the loss of their professional licence in 1963. A merger with SO Charentonnais a year later created a new club named CA Paris – Charenton which remains active today.

‘The Roosters,’ as Gallia Club Paris was known, took the title in 1905 and remained competitive throughout the rest of that decade. One of France’s first superstar footballers Paul Nicolas played with them for a while before moving on to Red Star. The transition towards the professional age proved too demanding for Gallia though and despite a 1926 merger with Stade d’Ivry, the club disbanded just before the start of WW2.

The modest town of Roubaix on the Belgian border contributes two different, if related, Lost Champions. Racing Club Roubaix became France’s first truly dominant club side when winning three successive titles between 1902 and 1904, and five in total over the course of that decade. Unusually for the big-hitters of the amateur era, RC Roubaix survived the transition to professionalism and remained Ligue 1 fixtures during the 1930s. 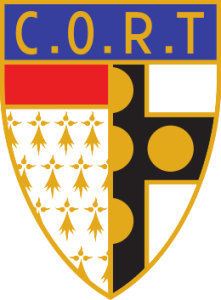 After the war RC Roubaix underwent multiple mergers and demergers. The first fusion came in 1945 with two other local teams to form CO Roubaix-Tourcoing and that new club quickly became French champions themselves just two years later. Racing Club Roubaix separated from Roubaix-Tourcoing in 1963, then merged unsuccessfully with another club which battled on until being wound up in 1995. Roubaix-Tourcoing similarly lost its professional licence and went out of business in 1970.

Moving south now to the Med coast and Stade Helvétique Marseille, a club founded by the city’s Swiss community in 1904. Success followed swiftly and SHM became French champions in 1909, 1911 and 1913. War brought the club to a halt and it dissolved voluntarily in 1916. An attempt to restore it was initiated in 1927 without success and all activities ceased for good in 1929.

Saint Raphaël was a club based in the Côte d’Azur seaside town of the same name. The club won the French amateur championship in 1912 and continued for a number of decades in the lower Leagues. A recently formed club based in the same town and named Étoile Fréjus Saint-Raphaël contains a pinch of the old club’s DNA. It currently plays in the third tier of the French game.