We like our old football photography on BTLM and over the years we’ve been particularly fond of the many great images we’ve encountered originating from the Netherlands. Of course we have already dedicated a whole series to the quixotic Henk Blansjaar, but he was by no means alone in developing a distinctive stylistic niche for himself.

It was common back in the 60s and 70s for your typical Dutch football photographer to look beyond standard match-based player shots. Sure, as the game was the point of the occasion being covered then action shots were taken, but they came as part of a package that attempted to tell the story of the wider match-going experience. The results were broader and much more immersive for the viewer.

The supporters could be just as much the stars of the pictures as the players, a bold and unusual approach at a time when the photographer stock-in-trade was shooting footballers with zoom lenses set to a very shallow aperture. This of course dramatically accentuated the player with spectators reduced to a mass of blurred background detail.

As a demonstration of this Dutch storytelling approach, this week we have a two-part Vintage post based around the 1970 European Cup Final – as seen from a Feyenoord perspective. Today’s images focus on the match itself as the Rotterdam club became the first Dutch winners of Europe’s premier club competition. The second post follows later this week and covers the team’s Rotterdam homecoming.

Click any of the images in the gallery to enlarge. 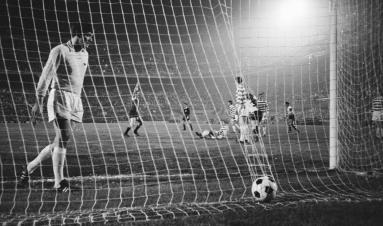 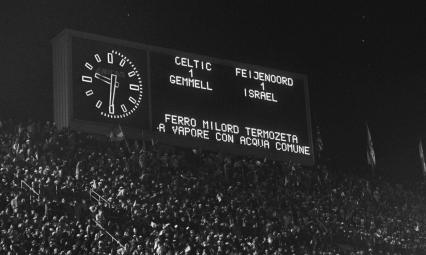 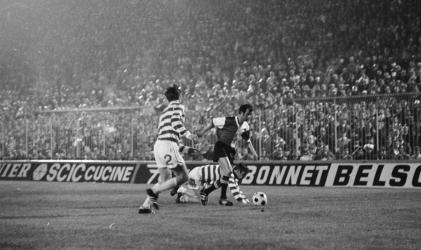