Barry Hughes belongs to a very rare British footballing fraternity. Having made a name, and a sound, for himself overseas, he remains an almost unknown entity on home soil. He scouted and signed one of European football’s most famous sons, managed at seven different Dutch clubs and enjoyed a recording career spanning two decades.

It could be said that the Netherlands has something of a troubled relationship with music. Beyond the musical excuses offered by manufactured pop, which are the same the world over, the Dutch mainstream haven’t really got beyond sing-a-long cabaret. Even this very weekend, songs like the one below are bellowed out of the gezellig bruin cafes and bars all over the country. For non-Dutch ears, patience wears thin after the first chorus. However, armed with an open mind, a little patience and a loose understanding of the lyrics, a joyful light-heartedness may occur upon listening. Like most things in life, this intensifies after the tenth biertje and you can’t help but sing along. Even if you recognise mild self-loathing for doing so. British residents of the Netherlands had particular interest in singing along in the eighties, as they were being belted and crooned out in fluent Dutch by one of their own. 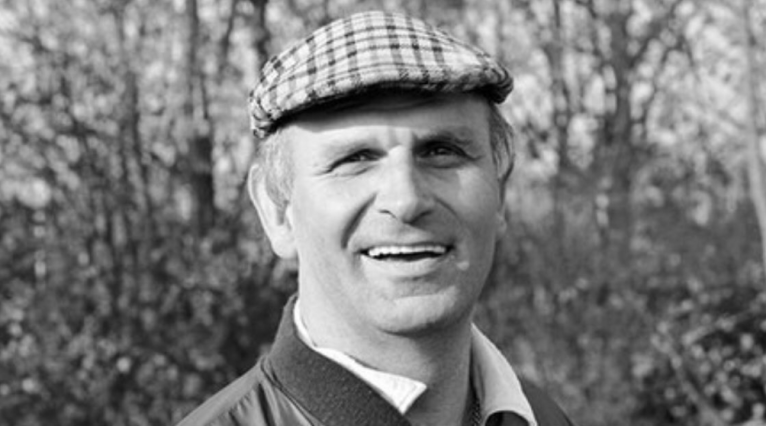 Born in Caernarfon, Wales, Barry Hughes played at youth level and signed full professional terms for West Bromwich Albion. However, aged just twenty-one, he broke his leg in a fixture against Manchester United and was subsequently released by the Baggies.

Upon cutting his losses and ending his playing days in England, Hughes jumped at the chance to sail across the North Sea and start again in the Netherlands. Initially, he played for the semi-professional FC Blauw-Wit Amsterdam and signed for Alkmaar ’54 soon after. Alkmaar ’54, who would later become AZ Alkmaar, made Hughes team captain and the Welshman’s leadership saw an Erstedivisie (the Dutch second tier) title, and promotion, in 1963.

Just a year shy of his thirtieth birthday, Hughes was appointed player/manager of Alkmaar ’54 for the 1966/67 campaign but moved to HFC Haarlem a year later. Playing true to the life and style of a footballing journeyman, Hughes was on the move again in 1970, this time to manage Go Ahead. Hughes’ first impact on Dutch football came at the Deventer based club, where he re-branded them as Go Ahead Eagles, which they’re still known as today.

Hughes had another major impact on Dutch football when in 1973 he returned for a second spell at HFC Haarlem. The Welshman enjoyed his longest stint at one club, seven years, and assembled a squad of, in his own words, ‘unwanted crooks and veterans’. Hughes and Haarlem defied the odds to achieve and maintain mid-table Eredivisie status. The seven years did include two relegations, but the team bounced back quickly on both occasions, winning two immediate promotions. Towards the end of his second stint, Hughes was largely responsible for one of Dutch football’s greatest gifts to European football. Ruud Gullit received his first professional contract at Haarlem and became the Eredivisie’s youngest player. Gullit shone in an average side and made nearly one hundred appearances for Hughes and Haarlem before Feyenoord came calling. Gullit left in 1982, with Hughes having departed two years previous.

Throughout his time in the Netherlands, Hughes endeared himself to many as a memorable character. He was known and loved nationwide. However, with his trademark sense of humour, flat-cap and affable demeanour, he often teetered on the edge of becoming a caricature of a football coach. A famous raspberry blowing episode offers an example, and a somewhat friendly rivalry with George Kessler, is nicely told by the man himself, here. Furthermore, a blossoming Dutch pop/cabaret music career did little to give credibility to Hughes the football trainer.

Far from fussed by any dent to his footballing reputation, Hughes threw himself into a recording career as his days in the dugout faded away. Shortly after signing Ruud Gullit in 1978, Hughes released his first single, ‘Voetbal is Koning’ (Football is King). It remained in the Dutch charts for a credible eight weeks, peaking at number seven. By the time Hughes took the hot-seat at Rotterdam’s second club, Sparta Rotterdam, in 1980, he’d teamed up with ‘de Kwaffeurs’ for a second single. Dutch for ‘I want on my head a wall-to-wall carpet’, ‘ik wil op m’n kop een kamerbreed tapijt’, a lyrically fun and self-depreciating celebration of Hughes balding head.

Hughes stayed in Rotterdam for three years and recorded two more LP’s; ‘het is om te brullen’ (it is to roar!) and ‘we doen de hoela, hoela’ (we do the hula-hula). Short spells at FC Utrecht, MVV Maastricht and FC Volendam passed, as did three more released singles. In 1987/88, Hughes returned to the Sparta Rotterdam dugout for what proved a final swan song of his football coaching career. Upon formally announcing his football retirement, Hughes released a selection of albums throughout the late eighties and early nineties. Made up mostly of cover songs, highlights included the 1988, ‘Barry’s Summer Songs’, ‘Barry Goes Back to the 40’s’, and an early-Americana tribute, ‘With Barry in Texas’.

Barry Hughes is still resident of the Netherlands and will celebrate his eightieth birthday in two years time. The bruin cafes, bars and people of the Netherlands are braced for an epic sing-a-long, a lekker party of smiles and checkered flat caps.A number of Dutch speaking British ex-pats will remain confused.