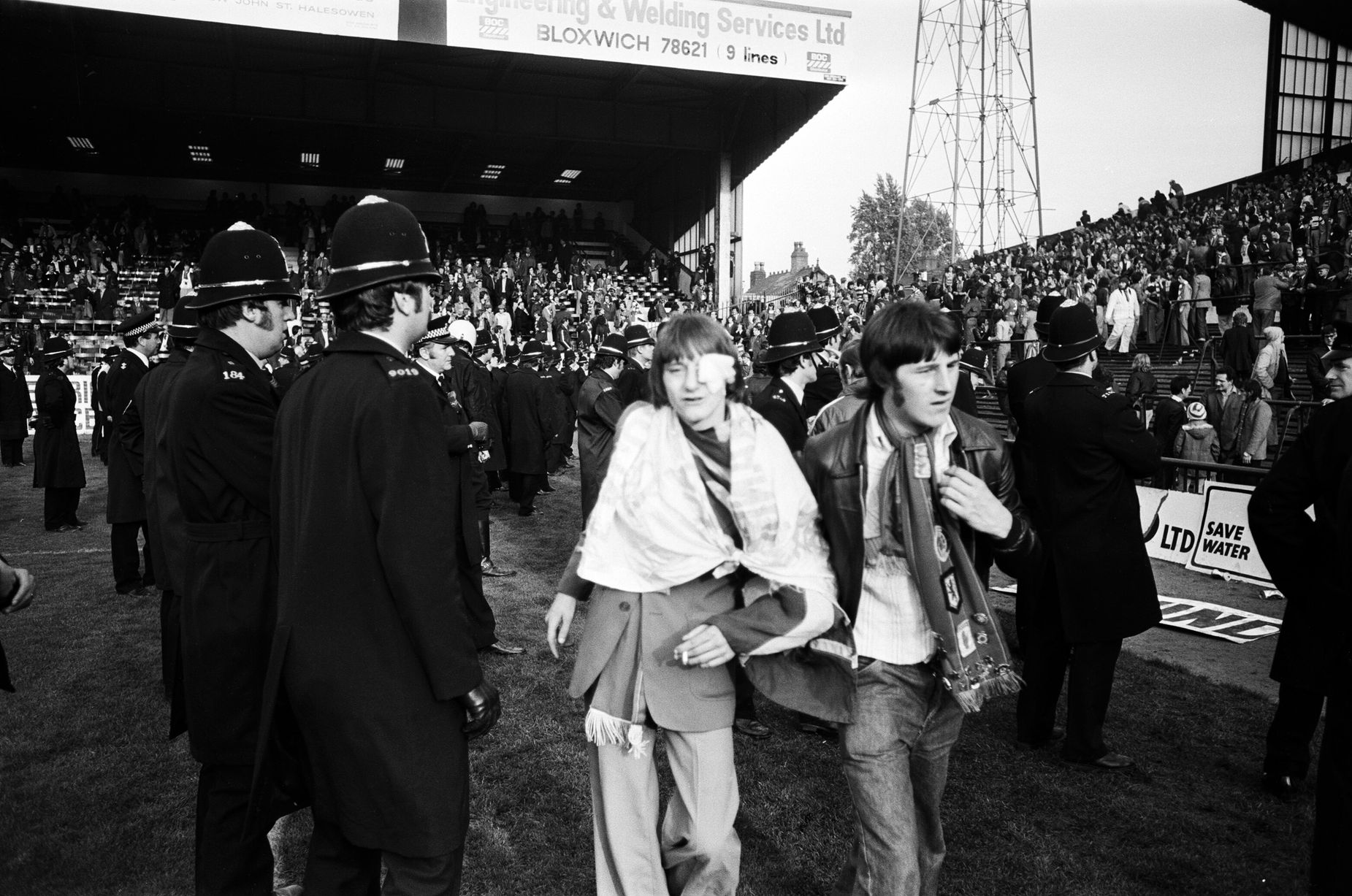 With a culture of football hooliganism rife in the English and Scottish games during the 1970s, hospitalisations and wide scale vandalism was the depressing outcome on all too many a Saturday afternoon. Not that the sociological origins mattered the slightest to those unfortunates unwittingly caught up in violence, but the nature and motivations that drove fan misbehaviour was markedly different for fans north and south of the border.

In England trouble seemed more organised, more territorial with the desire to capture opponents ends of the ground a regular feature. Scottish football violence was a different beast: it was mostly Glaswegian in origin, random and opportunistic and almost always fuelled by the vast intake of alcohol. If English violence invoked a subconscious hark back to the days of Empire when Great Britain ruled over a third of the globe, Scottish trouble was more reflective of the social problems blighting Scotland’s largest city at the lowest ebb of its post-industrial decline.

The worst of Scottish supporter excess was most commonly on display when huge numbers travelled south of the border for competitive, or even just friendly games. The roll-call of shame featured fans of Rangers, Celtic and the national team visiting unpleasant scenes on locations like Newcastle, Burnley and, infamously, Wembley. While the example that seared its way most strongly into public consciousness was the mass pitch invasion and destruction of the goalposts at Wembley following a Home International game in 1977, the real nadir happened seven months earlier in Birmingham. On a free weekend in October of 1976, Aston Villa entertained Rangers for an occasion that turned into anything but the friendly match it was billed as.

Attempts by Birmingham police to organise the vast number of Rangers fans expected in the city started to break down a full 12 hours before the start of the game. Coaches carrying visiting supporters had been ordered not to arrive at Villa Park until an hour before the 3pm kick-off, but this instruction was ignored as 50 coaches, several sleeper trains and many private cars started pouring fans into the city from as early as 3am.

Over the course of the morning visitor numbers from north of the border around Birmingham city centre grew to an estimated 30,000, their ranks swelled by many locally based off-duty soldiers taking advantage of a rare chance to see their team play in England. The combustible mix of hours to kill before the game and the off-licences opening their doors for business set in motion a vast drinking session that would bring chaos to much of the city centre and even shut down the public transport network.

The drunken misbehaviour wasn’t curtailed when the game got underway either. Sporadic outbreaks of violence marred the first half as Villa took the lead through a Dennis Mortimer goal, but the situation really deteriorated at half-time with hundreds of Rangers fans on the Holte End causing the crowd to spill onto the pitch to escape crushing. Seven minutes after the restart a second goal for the home team provoked a hail of missiles and a pitch invasion with both sets of fans battling it out on the turf. 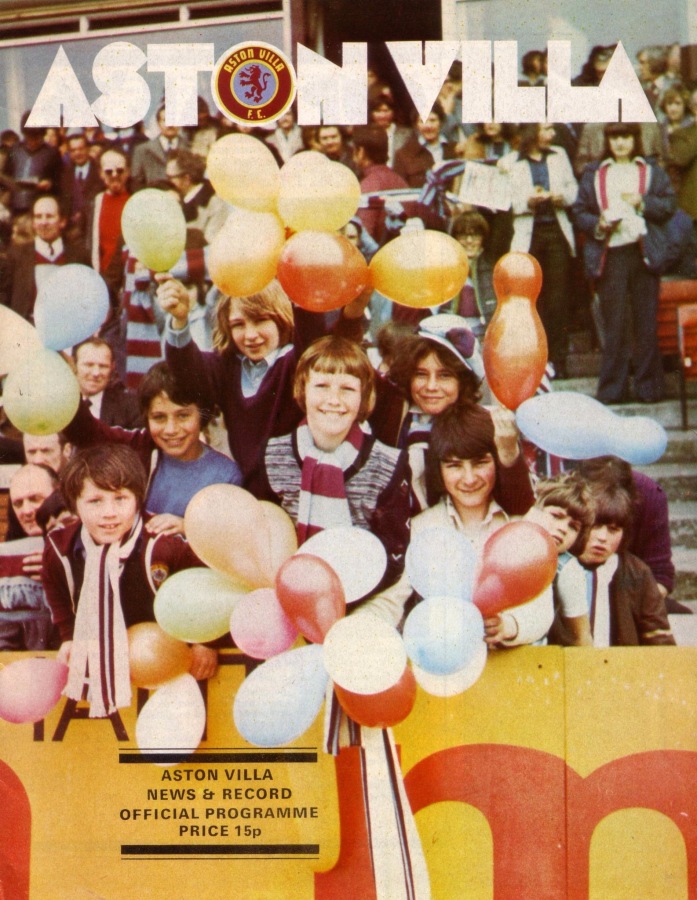 The two managers Ron Saunders and Jock Wallace led their teams back to the dressing room and the referee Derek Civil abandoned the game in the interests of safety. The human toll of the trouble saw more than 70 people injured at the match, 18 seriously. Two suffered stab wounds, several broke bones and a number were treated for severe cuts and head injuries caused by missiles. Thirty policemen were injured and four were taken to hospital, one with a suspected fractured skull. At the height of the battle, 130 police were deployed at Villa Park. Ninety extra officers had been drafted into the city to cope with the trouble. 50 fans were arrested. Pockets of trouble continued in the city centre before finally Birmingham managed to divest itself of its unwelcome Scottish daytrippers.

Rangers vice chairman Willie Waddell said: “I am disgusted. When that happens your guts fall down to your knees and your tongue just closes up. It is the louts that are killing us. It is a bloody tragedy.” Sports minister Dennis Howell, a spectator at the game, telephoned the Home Secretary who immediately ordered an inquiry into the violent scenes, said: “I found it absolutely appalling. It is impossible to be too strong about the disgraceful behaviour which I was unfortunate enough to witness.”

The turning point in the war against drink-fuelled Scottish football hooliganism came four years later when Rangers and Celtic fans turned Hampden into a war zone at the end of the 1980 Scottish Cup Final. In response the Scottish Secretary George Younger introduced an Act of Parliament which banned the sale or the drinking of alcohol at sports grounds. Many at the time thought the legislation little more than a panacea, a small sticking plaster over the gaping and festering wound of alcohol-soaked violence, but the new law proved to be surprisingly effective.

There would still be outbreaks of crowd trouble in Scotland in the years following the new law like anywhere else, but thankfully the wild excesses of the 1970s were consigned to the past. Scottish football was on the road to rehabilitation and a brighter future where its followers would gather awards rather than opprobrium for the nature of their support. 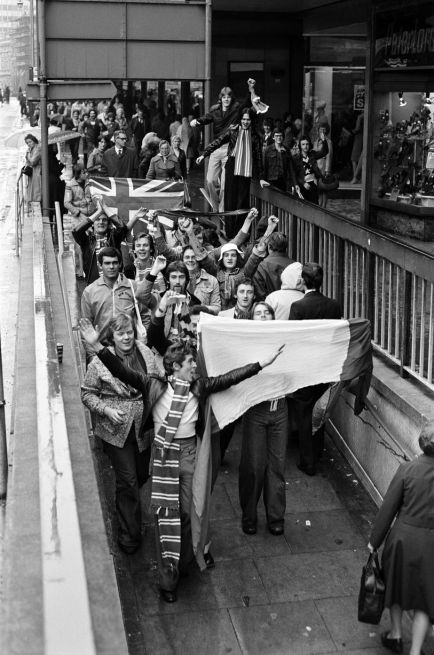 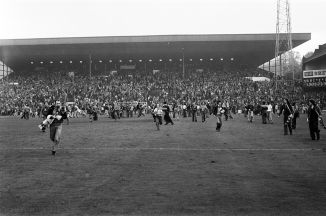 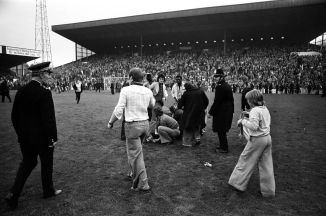 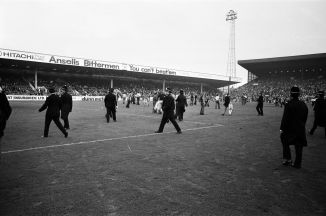 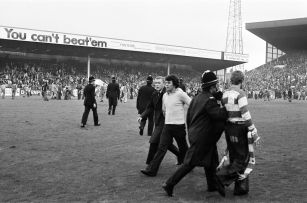 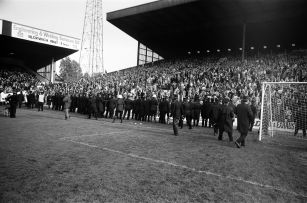 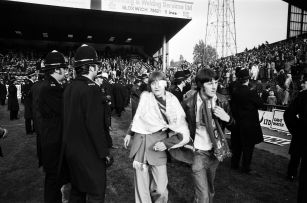 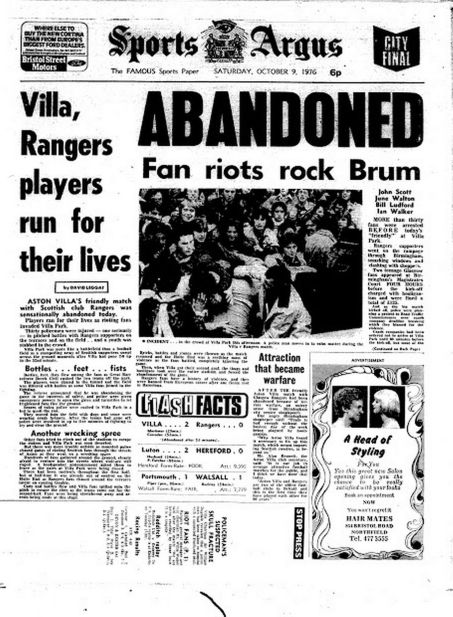 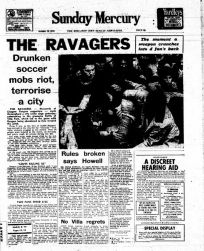 Click on any of the images to open the gallery.