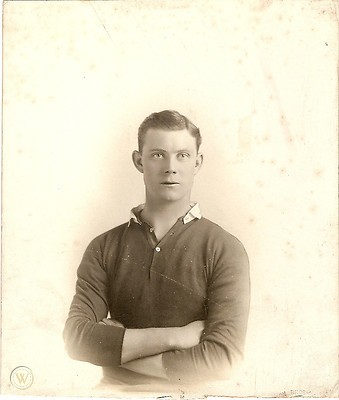 The record books tell us this: the first ever substitute during a football match occurred in 1953 when Richard Gottinger replaced Horst Eckel in West Germany’s World Cup qualifying match against the ‘independent’ enclave of Saarland. The first substitution in British football happened in August 1965 during a game between Charlton and Bolton and that Archie Gemmill was the first sub in a Scottish senior match during a League Cup tie for St Mirren.

But what the records don’t mention is that a full four decades prior to Herr Gottinger taking to the field, possibly the first ever example of one player replacing another during the course of a game took place in a long-forgotten Scottish competition that ran for just one month.

The idea of players being replaced wasn’t a new concept in 1912 when Heart of Midlothian took on Aberdeen, but the printed references to substitutes in the 19th century were for stand-ins for players who were late turning up (public transport perhaps being even less reliable back then that it is today). Those ‘stand-ins’ would exit the pitch when the designated player finally arrived.

While those situations occurred in English school games using prototype football rules, it also happened in a Scotland game against Wales in Wrexham in 1889. When the Welsh goalkeeper Jim Trainer failed to turn up, local amateur Alf Pugh answered the call and played for about 20 minutes until the more experienced Sam Gillam arrived and a swap was made.

These moves were made out of necessity to ensure one team did not have a numerical advantage, but the Inter City Midweek League game seems to be the first example of a player playing so badly that he needed to be hooked. The Hearts’ right-back Davidson, who’s lack of mention in historical records suggest he may have been a debutant or trialist, was reported at the time to be having a “distinctly shaky” game – or in modern parlance, a stinker. With Hearts a goal down, a report notes that one of the club’s officials successfully sought permission from Aberdeen to replace the unfortunate Davidson at half-time.

Paddy Crossan came in to fill the now-vacant right-back position. Crossan was another youngster who signed in 1911 for the Tynecastle side, made his debut in a Scottish league match in February of 1912 and would go on to make 283 appearances for the club over the next 13 years. Those appearance numbers would have been considerably higher too but for the interruption of the war.

Quite why Crossan did not start is not made clear, nor why he was ready to play since there was no official rule in place for replacements. But it is clear that this differed from the Pugh-Gillam situation in 1889 in that a player was replaced not because the numbers were uneven, rather through a tactical decision. Crossan couldn’t inspire the team to a win however as Hearts succumbed 2-1 to the Dons.

It was argued by some that the move cheapened the competition, but the assorted clubs were doing that anyway by failing to adhere to the rule that seven regular starters should be fielded. The Inter City Midweek League only lasted three more games after that wet Wednesday afternoon in Edinburgh. The lack of interest – only 2,000 attended the Hearts v Aberdeen game – and the use of fringe and youth players suggested neither fans nor clubs took to it.

It was intended to attract shopkeepers who were unable to attend Saturday matches played on their busiest trading days, but would often close their businesses instead on a midweek afternoon. While they may have made up the bulk of the modest attendances, most working people remained down the mines or in the factories while the games took place.

At an extraordinary meeting on the 7th November 1912, both the big Glasgow and Edinburgh clubs voted to shelve the league with Aberdeen and Dundee wanting to keep it. At its unfortunate conclusion, Rangers topped the league with three wins and one defeat, a point ahead of Dundee. No trophy was awarded, which is something the leaders would probably have not concerned themselves unduly about with bigger fish to fry elsewhere.

But at least the competition provided what can be considered the first bona fide substitution in the world game. Since 1954 the rules on substitutions have changed continuously and we now have a rather ludicrous situation where five subs can be used in most leagues (at least for now) and seven in international friendlies. Where will it all end?