At five minutes to three on April 5th 1992, gunfire filled the air outside the Stadion Grbavica as round 26 of the 1991/92 Yugoslav football league came to a shuddering halt. Thirty-five minutes were on the clock when the players of FK Željezničar and FK Rad ran for the sanctuary of the dressing rooms. There would be no more football played between Muslims, Croats, and Serbs; Tito’s vision was no more.

‘I warn you you’ll drag Bosnia down to hell – you Muslims aren’t ready for war- you could face extinction.’ Radovan Karadžić Bosnian Serb Leader

Four days earlier in the Bosnian city of Bijeljina, 78 civilians had been murdered by the Serbian Paramilitaries known as Arkan’s Tigers. In the streets, women were kicked by soldiers as they lay dying. Bosnians watched the images in disbelief on their television screens and, that Sunday near the Sarajevo stadium, they marched for peace among Yugoslavians. At mortal risk was the city’s tradition of tolerance, this was a place which boasted more mixed marriages than anywhere else in the Yugoslav federation.

The people occupied the parliament chamber while outside the cries of ‘Down with the government’ rang out, opposing the nationalism of the two rival Bosnian leaders Izetbegović and Karadžić. Across the street was Karadžić’s office in the Holiday Inn and the crowd took its protest to his headquarters. The leader phoned his Serb guards: ‘Get ready for those peace activists.’ he instructed. Inevitably the firing began and didn’t stop for the next four years.

On that spring day, Željo’s manager Milan Ribar paced the floor of the dressing room, wondering what was happening to his Yugoslavia and whether he would even make it home alive.

FK Željezničar was supposed to be celebrating its seventieth year in existence. Its name means ‘Railwaymen’ as the club’s founders worked on the railways of Bosnia, most of them helping to build the 194 kilometre line between Sarajevo and Ploce via Mostar at the tail end of the nineteenth century when the Austro-Hungarian Empire ruled these lands.

What made Željo unique was its inclusivity: players came from many different ethnic backgrounds, a diversity that was not replicated anywhere else in the Yugoslav federation. This caused difficulties when it came to finances, but through events such as dances where locals would perform the traditional ‘Kolo’ folk dance, some monies were raised. It allowed the club to buy footballs, boots and those famous blue shirts.

In September 1921, the same year that Peter I, the first king of Yugoslavia, died, RŠD Željezničar (the workers’ sports society) faced SAŠK (Sarajevo Amateur Sports Club) in the village of Kovačići. The railwaymen were beaten 5-1, but SAŠK had a competitive head start on them having played in the first Sarajevo Sub-association league the previous season.

This was a seven-club league based on religious and ethnic affiliation so, given their embrace of all, Željo represented a threat to the status quo. SAŠK finished third in the league and would be the dominant force in Sarajevo until the skies of Europe were filled with the drone of Luftwaffe engines. The club represented the city in the first Yugoslavian national league played among the countries top six teams in 1923.

SAŠK defeated Croatia’s Hajduk Split 4-3 in the quarter finals (the opening round) and repeated that feat against Belgrade’s SK Jugoslavija in the semi-finals. The SK Jugoslavija club had been founded in the ‘Kasino’ restaurant by a group of dissidents then belonging to BSK who were disgusted at the idea of traveling ‘abroad’ for a friendly against Hajduk. The club would eventually become Red Star Belgrade.

In the final, SAŠK would face the Croatians Gradanski Zagreb, co-founded by a figure in Andrija Mutafelija who is seen as a founding father of football in Yugoslavia, though by day was a hat seller. Gradanski would tour England in 1936 and embrace Herbert Chapman’s WM system implemented through football’s original playmaker, Arsenal’s Alex James. With their English coach Alex Gaskell who had won the second division title with Bolton Wanderers in the 1908/09 season, the Croats defeated SAŠK. After World War II the Communist regime would ban the club for playing in the Axis-allied Croatian league during the War.

This was the closest a club from Sarajevo would come to winning the Yugoslavian league in the inter-war years with clubs from Belgrade, Split and Zagreb dominating for the next decade. In the 1935/36 season, lesser-known Slavija Sarajevo reached the final and came within a hairsbreadth of winning the title, losing narrowly to BSK Belgrade 2-1 over two legs. The Slavija team included Milan Rajlić who scored 41 goals in eighty-four appearances during his five year spell at the club. Also in the team was Slavko Zagorac, the first Bosnian to represent the Yugoslavia national team. He would go on to manage rivals FK Sarajevo and FK Željezničar.

The world at war put an end to football in Yugoslavia. In 1941, under Josip Tito’s leadership, a multiethnic resistance group called ‘the Partisans’ was founded to fight the Axis and Chetnik forces. By 1946 the Socialist Federal Republic of Yugoslavia was born and Bosnia & Herzegovina became one of the constituent republics. It would undergo huge economic and social change under the new communist rulers.

That same year the railwaymen of FK Željezničar won the regional championship and in doing so earned the right to join the cream of Yugoslavian football in the first post-war league. It was like a resurrection for Željo given most of their players had died during the War.

Twenty-six games were played in the inaugural Yugoslavian nationwide league and Partizan Belgrade would be crowned champions. FK Željezničar would play teams such as 14.Oktober from the Serbian city of Niš, named after the October day the city was liberated in 1944 by Tito’s Partisans.

In October 1946, two years after Sarajevo had been liberated from Nazi Germany, a new football team was born and initially named `SD Torpedo’ in homage to Torpedo Moscow. The club would evolve into FK Sarajevo.

They would become Željo’s fiercest rivals and later became the first Bosnian side to lift the Yugoslav league in 1967. This was the team of ‘the eagle’:  striker Vahidin Musemić who netted sixteen times during that successful season, many of them soaring headers.

Five years later, as the ‘Bugojno group’ formed by the Croatian Revolutionary Brotherhood were proclaiming the principles of an independent Croatian future apart from Yugoslavia, the railwaymen found their own promised land as FK Željezničar pipped Red Star by two points to be crowned Yugoslavian champions and match the feat of their neighbours.

This earned Željo qualification for the 1972/73 European Cup campaign. Led by coach Blagoje Bratić and propelled by the goals of Croatian forward Josip Bukal, Yugoslavia’s champions would be pitted against English opposition in the First Round. That year Brian Clough had led unfashionable Derby County to a first league title, just as Željezničar had achieved in Yugoslavia.

On Wednesday the 27th of September 1972, Clough sat contentedly in the away dugout of the Kosevo city stadium, watching his Derby side win their away leg 2-1 with goals from O’Hare and Hinton. It was the end of the Željo dream: Derby won comfortably 4-1 on aggregate and it would take the Sarajevo side another thirteen years before they competed in Europe again.

The up and coming coach Ivan “Ivica” Osim – whose father had worked as a machinist on the Sarajevo railways – led Yugoslavia to a bronze medal at the 1984 Olympics and the following season took the Railwaymen to the UEFA Cup semi-finals, losing out to Videoton of Hungary. 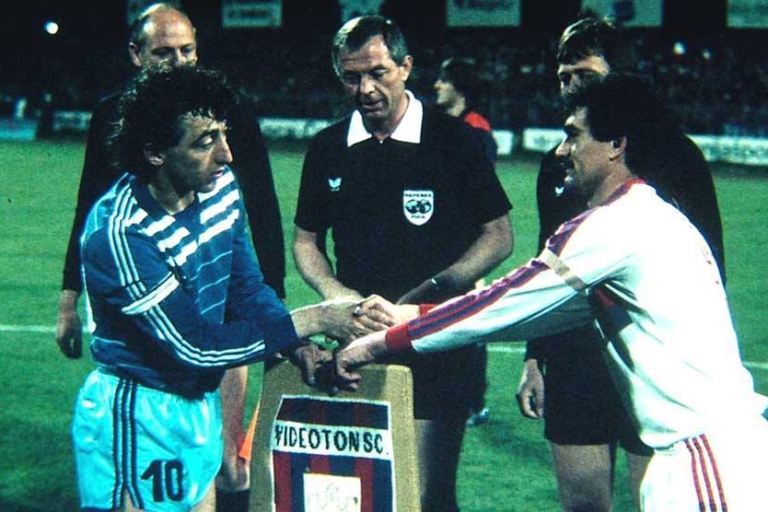 At the final whistle of the semi-final second leg, there were tears but also great pride  as 25,000 in the Stadion Grbavica applauded their team off the pitch: a date with Real Madrid in the final was not to be.

Thirty years after that European adventure, in 2015 English actor, writer and broadcaster Tom Watt boarded a train in Mostar to travel to Sarajevo to record a football documentary. Tom walked the streets and saw the small, flower-strewn plaque near FK Sarajevo’s ground which commemorated the spot where 26 civilians were killed queuing for bread. He also witnessed the glass monument with the names of the children who perished during the siege of Sarajevo. 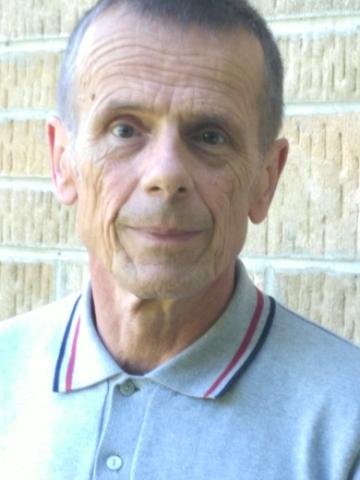 The gunfire, which began on April 5th 1992, turned into the most prolonged siege in modern history. For one thousand four hundred and twenty-five days, the Serbian army bombarded Sarajevo.

More than 11,500 souls would perish during the siege and FK Sarajevo’s ‘training ground four’ would become an emergency cemetery with more than two thousand people buried there.

“I befriended Davor; an ex Bosnian soldier turned taxi driver who had been shot in the hills during the siege.” In his ageing BMW with no rear suspension, he became Tom’s chauffeur.

For three years people lived in their basements with the constant noise of artillery fire in their ears, often going days without the basics to live like food and electricity. Incredibly the Željo youth team still trained.

“There was a school hall that was out of range of Serbian fire, and in that hall they trained – including a young Edin Džeko” reports Tom, who would interview the Serie A-based Bosnian star.

FK Sarajevo players would escape the siege and tour the world playing matches and raising awareness of what was happening in their home city.

On February 29th 1996, the siege of Sarajevo finally came to an end having endured for three times as long as the siege of Stalingrad. One of the last acts of defiance by the Serbian army was to launch a grenade at a tram running through the centre of Sarajevo. It killed 55-year-old Mirsada Durić and injured nineteen others.

In July 1994, FK Željezničar had taken its first tentative steps back into football, joining 21 other clubs in the newly formed First League of Bosnia & Herzegovina. Tom spoke to Željo manager Amar Osim who was now in his second stint with the railwaymen after leading them to a league and cup double in 2001.

‘It wasn’t money which rebuilt this club… it was love… the love of the people… love of the fans’ Amar tells Tom with a blue FK Željezničar scarf wrapped around his neck.

‘You have to realise the pitch at Grbavica had to be cleared of mines before it could be used.’ Tom points out.

In his apartment in Sarajevo, former FK Željezničar player Bulent Biscevic in broken English pours his heart out to Tom.

‘I was here… I see many things…people without houses, families, friends… it was like being in a horror film.’

Bulent, like Davor, also fought in the hills, a resident of Grbavica; he would go on to play for Željo after the siege. Today the railwaymen versus FK Sarajevo is the biggest derby in the city. The divide is not about religion or ethnicity; it is, thankfully, purely football.