Our previous post featured a gallery of classic French football club shirts from the 1960s, a compilation of shirt design simplicity and all-round retro footballing loveliness. Today we offer up the flip side and compare and contrast with the design horrors that followed in France during the 1970s and 80s – the commercial age.

The shift in the design of French shirts from lovely to lamentable started in 1972 when clubs were permitted to carry sponsor names for the first time. While shirt sponsorship became an accepted part of the football scene in western Europe during the 70s, what set the French League apart was the apparent lack of any set of standards to regulate how those sponsors logos could be used.

While it’s understandable that companies would want to maximise their exposure by having names and logos plastered over shirts in as big a font as possible, ultimately this becomes counter productive when those neck-to-navel messages actually become less legible rather than more. Most European Leagues were adept at maintaining the delicate balance in which commercial interests didn’t overtly compromise the integrity and colours of the team’s shirt they were associated with. France most certainly did not as this cavalcade of inelegant shirt horrors is a testament to. 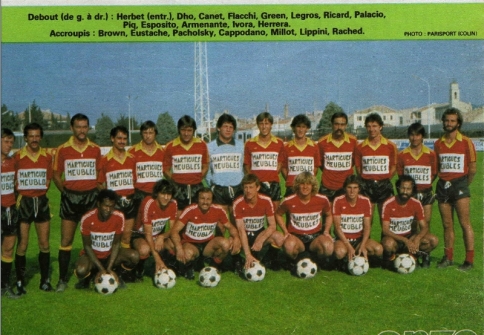 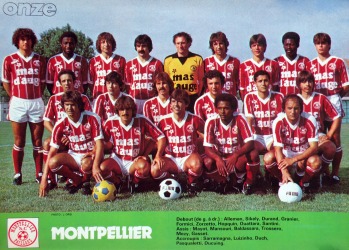 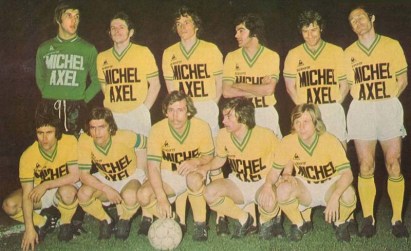