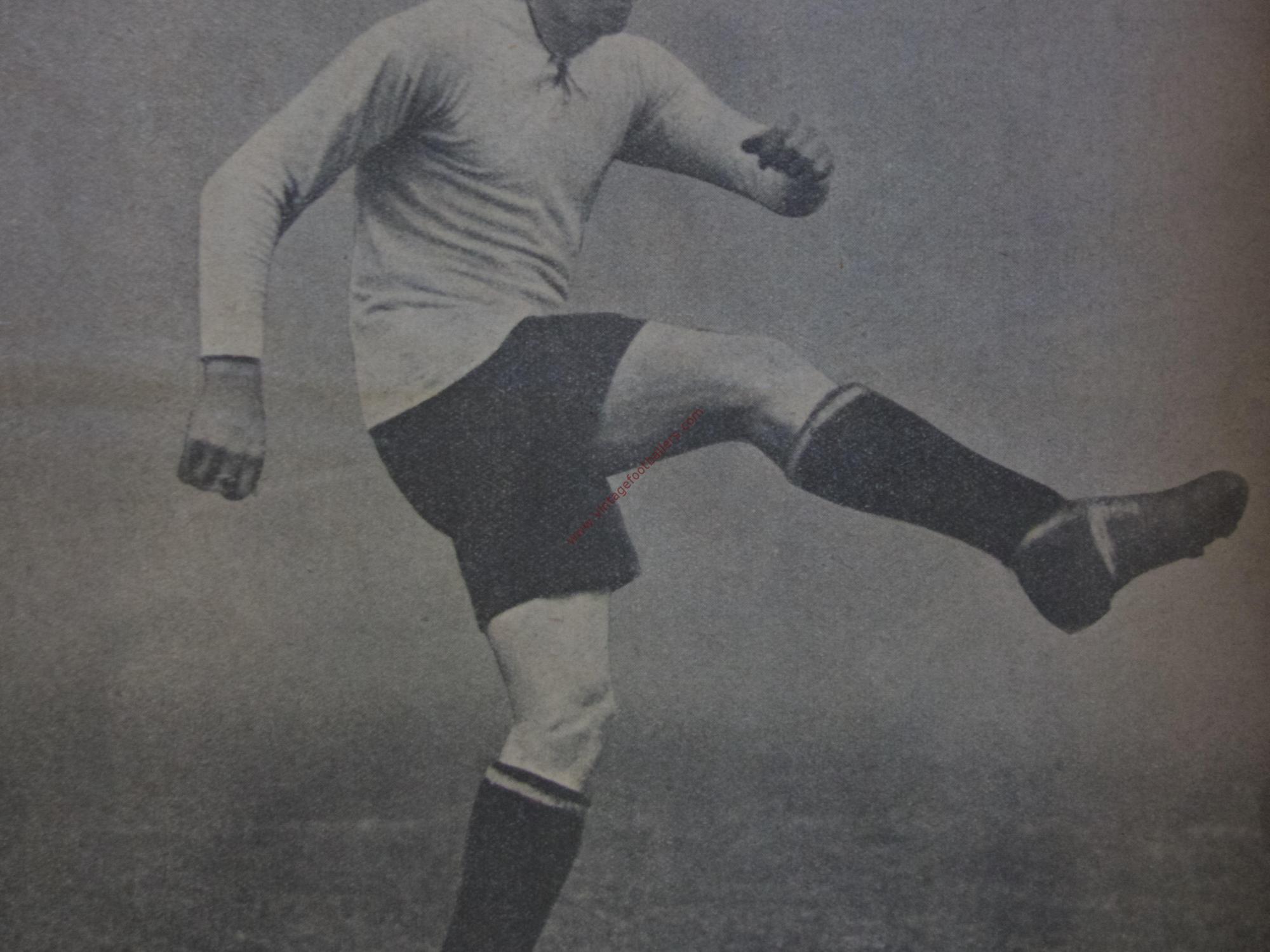 Born in Wicklow on the 12th December 1872, Jack Kirwan showed great sporting potential from a young age and it was natural he would pursue his talents in Gaelic sports. He made his name at the Young Irelands club where he won five Dublin county titles during the 1890s, including three-in-a-row between 1892 and 1894, and this led him to represent the Metropolitans.

Kirwan’s endeavours acted as a precursor to his extraordinary time in professional football. His career in this very different sporting discipline began across the water in England during the summer of 1897 when he joined Southport Central of the Lancashire League. His performances at outside-left led him to move to the Merseyside giants Everton after a tug-of-war transfer with Blackburn for his services. A fourth-place Division One league finish was the sum total of his sole season with the club. 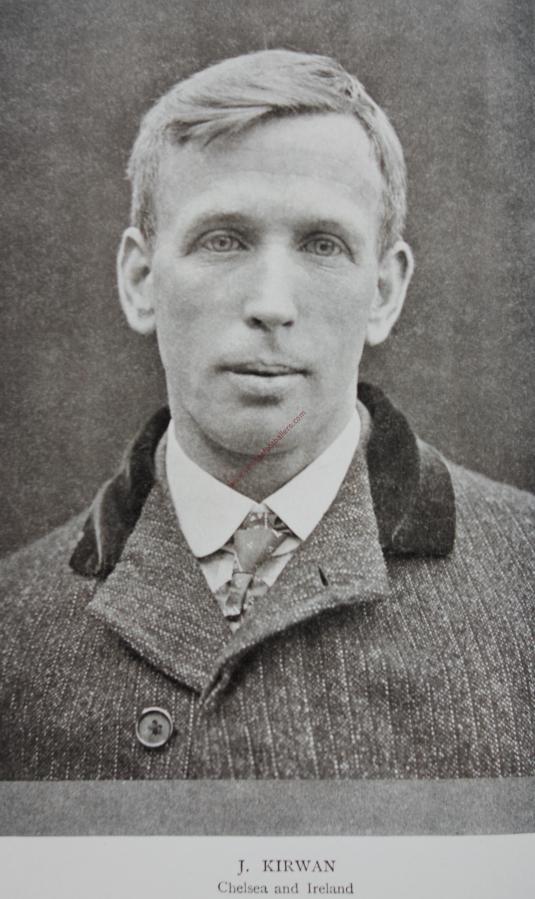 A failure to settle in Liverpool encouraged Kirwan to accept an offer from the then non-League Tottenham Hotspur. Success was quickly forthcoming as Tottenham won the Southern League Championship in 1900, the same year Jack received his first international call-up to become the first of many Irish internationals who would represent their country as Spurs players. Kirwan would earn twelve caps for his country.

Regional success was swiftly followed by national acclaim. Spurs’ 1901 FA Cup victory was remarkable in many respects and the club’s run included a number of shock results or ‘giant killings’ against major clubs of the day such as Preston North End, Bury, West Bromwich Albion and – in the final – against Sheffield United. Victory in that replayed final made Spurs the only non-league side to win the fabled tournament. Jack Kirwan’s six years at the club encompassed more than 350 games and an impressive 97 goals. In his final year in London, his general athleticism and all-round sporting prowess was further illustrated by his role in the winning the 1906 British national baseball championship with the Hotspurs. 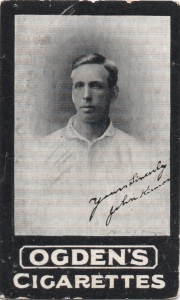 A ‘Roy of the Rovers’-esque run of achievement was capped off with Kirwan playing an important part in Ireland’s first Home International Championship victory in 1903, unique as it was the first to be shared between three nations (Ireland, England & Scotland all finishing on equal points). A 4-0 defeat to England at Molyneux was followed by a 2-0 victory away to Scotland. Kirwan scored the second in what was Ireland’s first-ever win over the Scots. The final game against Wales in Belfast finished with a similar 2-0 result.

To much surprise, the Wicklow native left Spurs to move across London and join the newly established Chelsea Football Club, becoming the Blues’ first major signing and propelling the club to a commendable third-place finish in its inaugural league season. His playing career wound down with short spells at Clyde in Glasgow and Leyton back in London

His coaching career would take him to mainland Europe for the first time and he became the first professional manager of Ajax of Amsterdam in September 1910. There he won promotion to the top division of Dutch football, but his five years at the club ended in disappointment with relegation in 1914. A strong foundation has been laid however from which his successor, the ‘total football’ pioneer Jack Reynolds from Manchester, benefitted greatly. And Kirwan’s sporting diversity would appear to have influenced the Dutch club to take up baseball after the First World War.

The complex situation that engulfed Europe and Ireland into the 1920s saw much upheaval in life and sport. Upon his return to his homeland, it appears that Kirwan became re-involved with Dublin Gaelic Football and is pictured with the team on the faithful day of the 20th November 1920, also known as ‘Bloody Sunday’.

Subsequently, Kirwan took the reins at Bohemians and led them to the runners-up position in the first League of Ireland campaign in 1921. His return to his homeland sandwiched a switch to Italy to manage Livorno before returning to Bohemians who had won their first League of Ireland title in 1924, a few months previous to his return. He would eventually settle in London, dying on 9th January 1959.